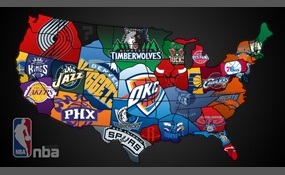 Who is the best player in the NBA?(Currently)

LeBron Raymone James is an American professional basketball player with the Cleveland Cavaliers of the National Basketball Association. Standing at 6 ft 8 in and weighing 250 lb, he has started at the small forward and power forward positions. James...  has won two NBA championships, four NBA Most Valuable Player Awards, two NBA Finals MVP Awards, two Olympic gold medals, an NBA scoring title, and the NBA Rookie of the Year Award. He has also been selected to 10 NBA All-Star teams, 10 All-NBA teams, and six All-Defensive teams, and is the Cavaliers' all-time leading scorer.James played high school basketball at St. Vincent–St. Mary High School in his hometown of Akron, Ohio, where he was highly promoted in the national media as a future NBA superstar. After graduating, he was selected with the first overall pick in the 2003 NBA draft by the Cavaliers. James led Cleveland to the franchise's first Finals appearance in 2007, losing to the San Antonio Spurs. In 2010, he left the Cavaliers for the Miami Heat in a highly publicized ESPN special titled "The Decision". In his first season in Miami, the Heat reached the Finals but lost to the Dallas Mavericks   more
11 votes
1 comment
LeBron James - Voter Comments

Wardell Stephen "Steph" Curry II is an American professional basketball player who currently plays for the Golden State Warriors of the National Basketball Association. Listed at 6 ft 3 in and 190 lb, Curry plays mostly at point guard. He is the son...  of former NBA player, Dell Curry.Curry played college basketball for Davidson College. There, he was twice named Southern Conference Player of the Year and set the all-time scoring record for both Davidson and the Southern Conference. During his sophomore year, Curry also set the single-season NCAA record for three-pointers made.Curry was selected with the seventh overall pick in the 2009 NBA draft by the Golden State Warriors. During the 2012–13 season, he set the NBA record for three-pointers made in a regular season with 272. The next season, Curry and teammate Klay Thompson set an NBA record for combined threes in a season with 484 as the pair were given the nickname the "Splash Brothers"   more
4 votes
1 comment
Stephen Curry - Voter Comments

Russell Westbrook Jr. Is an American professional basketball player who currently plays for the Oklahoma City Thunder of the National Basketball Association. Westbrook played college basketball for UCLA and was selected with the fourth pick in the f... irst round of the 2008 NBA draft by the Seattle SuperSonics who then relocated to Oklahoma City six days after. The point guard is a three-time NBA All-Star and a three-time All-NBA Second Team member. He has also represented the United States on their national team twice, winning gold medals in the 2010 FIBA World Championship and the 2012 Olympics   more
3 votes
0 comments
Russell Westbrook - Voter Comments
No Comments
Vote & Comment
4

Kevin Wayne Durant is an American professional basketball player with the Oklahoma City Thunder of the National Basketball Association. Standing at 6 ft 9 in and weighing 240 pounds, he has played the small forward and power forward positions for th... e Thunder, formerly the Seattle SuperSonics. Durant has won an NBA Most Valuable Player Award, four NBA scoring titles, the NBA Rookie of the Year Award, and an Olympic gold medal. He has also been selected to five All-NBA teams and five All-Star teams.Durant was a heavily recruited high school prospect. He attended the University of Texas for one season of college basketball, where he won numerous year-end awards and became the first ever freshman to be named Naismith College Player of the Year. In the 2007 NBA draft, he was selected second overall by the Seattle SuperSonics. After his rookie season, the team moved to Oklahoma City and became the Thunder. Durant helped lead the Thunder to the 2012 NBA Finals, losing to the Miami Heat in five games.Off the court, Durant is a well-liked player who has donated money to various causes and is popular in Oklahoma City for his kindness toward the community   more
2 votes
2 comments
Kevin Durant - Voter Comments

James Edward Harden, Jr. Is an American professional basketball player who plays for the Houston Rockets of the National Basketball Association. He was a first-time All-Star in 2013, his first season with the Rockets. In 2012, he was named NBA Sixth...  Man of the Year with the Oklahoma City Thunder while helping them reach the NBA Finals.Harden played college basketball for the Arizona State Sun Devils, where he was named a consensus All-American and Pac-10 Player of the Year in 2009. Harden was selected third overall by Oklahoma City in the 2009 NBA Draft and became the first player drafted in Oklahoma City Thunder franchise history. Harden was traded to Houston prior to the 2012-13 season. He scored a career high 46 points against Oklahoma City on February 20, 2013.Harden selected to be a part of United States national basketball team for the 2012 Summer Olympics and the 2014 FIBA World Cup. He won the gold medal in both competitions   more
1 vote
1 comment
James Harden - Voter Comments

Timothy Theodore "Tim" Duncan is an American professional basketball player who has played his entire career for the San Antonio Spurs of the National Basketball Association. The 6-foot 11-inch, 250-pound power forward/center is a five-time NBA cham... pion, two-time NBA MVP, three-time NBA Finals MVP, and NBA Rookie of the Year. He is also a 14-time NBA All-Star and the only player to be selected to both the All-NBA and All-Defensive Teams in every one of his first 13 seasons.Duncan started out as a swimmer and only began playing basketball in ninth grade after Hurricane Hugo destroyed the only Olympic-sized pool on his home of St. Croix, U.S. Virgin Islands. He soon became a standout for St. Dunstan's Episcopal High School, and had an illustrious college career with the Wake Forest University Demon Deacons, winning the Naismith College Player of the Year, USBWA College Player of the Year and John Wooden awards in his final year. Duncan graduated from college before entering the 1997 NBA Draft as the number one pick.Off the court, Duncan is known for his quiet and unassuming ways, as well as his active philanthropy   more
0 votes
0 comments
Tim Duncan - Voter Comments
No Comments
Vote & Comment
Leave a comment...
(Maximum 900 words)