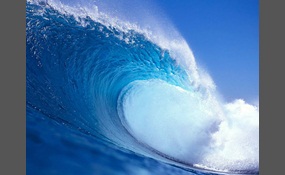 Who is the best surfer?

Feel free to add names, I have added my favorites.

Robert Kelly Slater is an American professional surfer known for his competitive prowess and style. He has been crowned ASP World Tour Champion a record 11 times, including 5 consecutive titles in 1994–98. He is the youngest and the oldest to win th... e title. Upon winning his 5th world title in 1997, Slater passed Australian surfer Mark Richards to become the most successful champion in the history of the sport. In 2007 he also became the all-time leader in career event wins by winning the Boost Mobile Pro event at Lower Trestles near San Clemente, California. The previous record was held by Slater's childhood hero, three-time world champion Tom Curren.After earlier being awarded the title prematurely as a result of a miscalculation by the Association of Surfing Professionals, on November 6, 2011 Slater officially won his eleventh ASP world title at the Rip Curl Pro Search San Francisco, by winning his 4th round heat.In May 2005, in the final heat of the Billabong Tahiti Pro contest at Teahupo'o, Slater became the first surfer ever to be awarded two perfect scores for a total 20 out of 20 points under the ASP two-wave scoring system   more
3 votes
1 comment
Kelly Slater - Voter Comments

Taj Burrow is an Australian professional surfer who, as of March 2014, is competing in the ASP World Tour.
0 votes
0 comments
Taj Burrow - Voter Comments
No Comments
Vote & Comment
4

Andy Irons (July 24, 1978 – November 2, 2010) was a professional surer. Irons learned to surf on the dangerous and shallow reefs of the North Shore in Kauai, Hawaii, and won three world titles (2002, 2003, 2004), three Quiksilver Pro France titles (... 2003, 2004, 2005), two Rip Curl Pro Search titles (2006 and 2007) and 19 elite tour victories. On September 3, 2010 he won the Billabong Pro in Tahiti.He and his family hosted the Annual Irons Brothers Pinetrees Classic, a contest for youngsters. The governor of Hawaii declared February 13 forever 'Andy Irons Day'.His younger brother, Bruce Irons, is a former competitor on the World Championship Tour of Surfing (WCT). During his childhood Andy regularly lost to Bruce in contests, but that changed once he entered the World Championship Tour   more
0 votes
0 comments
Andy Irons - Voter Comments
No Comments
Vote & Comment
6

Laird Hamilton is an American big-wave surfer, co-inventor of tow-in surfing, and an occasional fashion and action-sports model. He is married to Gabrielle Reece, a professional volleyball player, television personality, and model. Hamilton and his ... family split their time between residences in Kauai, Hawaii, and Malibu, California   more
0 votes
0 comments
Laird Hamilton - Voter Comments
No Comments
Vote & Comment
No comments yet.
Leave a comment...
(Maximum 900 words)
Privacy Policy | Terms of Use
Sitemap | View Desktop Version
©2020 Debate.org. All rights reserved.