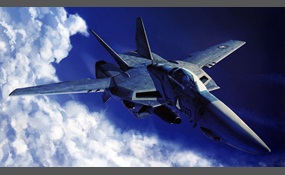 Who is the Greatest Fighter Pilot

Manfred Albrecht Freiherr von Richthofen, also widely known as the Red Baron, was a German fighter pilot with the Imperial German Army Air Service during World War I. He is considered the top ace of the war, being officially credited with 80 air com... bat victories.Originally a cavalryman, Richthofen transferred to the Air Service in 1915, becoming one of the first members of Jasta 2 in 1916. He quickly distinguished himself as a fighter pilot, and during 1917 became leader of Jasta 11 and then the larger unit Jagdgeschwader 1. By 1918, he was regarded as a national hero in Germany, and well-known amongst opposing forces.Richthofen was shot down and killed near Amiens on 21 April 1918. There has been considerable discussion and debate regarding aspects of his career, especially the circumstances of his death. He remains perhaps the most widely known fighter pilot of all time, and has been the subject of many books, films and other media   more
3 votes
0 comments
Manfred von Richthofen - Voter Comments
No Comments
Vote & Comment
2

George Frederick "Buzz" Beurling DSO, DFC, DFM & Bar, RAF & RCAF, was the most successful Canadian fighter pilot of the Second World War.Beurling was recognised as "Canada's most famous hero of Second World War", as "The Falcon of Malta" and the "Kn... ight of Malta", having shot down 27 Axis aircraft in just 14 days over the besieged Mediterranean island. Before the war ended his total climbed to either 31 or 31¹⁄₃. Beurling's wartime service was terminated prior to war's end. In an attempt to continue combat flying in the postwar era, Beurling lost his life in a crash while attempting to deliver an aircraft to Israel   more
1 vote
0 comments
George Beurling - Voter Comments
No Comments
Vote & Comment
3

Colonel René Paul Fonck was a French aviator who ended the First World War as the top Allied fighter ace, and when all succeeding aerial conflicts of the 20th and 21st centuries are also considered, Fonck still holds the title of "all-time Allied Ac... e of Aces". He received confirmation for 75 victories out of 142 claims. Taking into account his probable claims, Fonck's final tally could conceivably be nearer 100 or above. He was made an Officer of the Legion of Honor in 1918 and later a Commander of the Legion of Honor after the war   more
0 votes
0 comments
René Fonck - Voter Comments
No Comments
Vote & Comment
6

Air Vice Marshal Raymond Collishaw CB, DSO & Bar, OBE, DSC, DFC, RAF was a distinguished Canadian fighter pilot, squadron leader, and commanding officer who served in the Royal Naval Air Service and later the Royal Air Force. He was the highest scor... ing RNAS flying ace and the second highest scoring Canadian pilot of the First World War. He was noted as a great leader in the air, leading many of his own formations into battle. As a member of the RAF during the Second World War, he commanded No. 204 Group in North Africa   more
0 votes
0 comments
Raymond Collishaw - Voter Comments
No Comments
Vote & Comment
No comments yet.
Leave a comment...
(Maximum 900 words)
Privacy Policy | Terms of Use
Sitemap | View Desktop Version
©2020 Debate.org. All rights reserved.