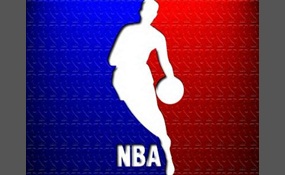 Who is the greatest NBA coach ever?

Which man would you choose as the greatest ever? Give a short description why.

Gregg Charles Popovich is an American basketball coach who is currently the head coach of the National Basketball Association's San Antonio Spurs. Taking over as coach of the Spurs in 1996, Popovich is the longest tenured active coach in both the NB... A and all US major sports leagues. He is often referred to as "Coach Pop" or simply "Pop". He holds the record for most consecutive winning seasons in NBA history at 17. Popovich has won five NBA championships as the head coach of the Spurs. He is one of only five coaches in NBA history to win five or more NBA championships. Phil Jackson, Red Auerbach, Pat Riley, and John Kundla are the other coaches   more
5 votes
4 comments
Gregg Popovich - Voter Comments

mjbbfan says2015-04-23T12:10:49.4176715-05:00
Report Post
It's absolutely amazing how many years in a row the Spurs have been making the playoffs an doing well in them too. More often than not the Spurs honestly don't have a stellar team but it's their coach that can carry them.

Lawrence Harvey "Larry" Brown is an American basketball coach, who is currently the head coach at Southern Methodist University. He is the faculty advisor for the student spirit group supporting the campus's athletics programs named "The MOB," as Br... own is known as "The Godfather." Before coaching, Brown played collegiately at the University of North Carolina and professionally in the American Basketball Association. He has been a college and professional basketball coach since 1972. He has won over 1,000 professional games in the ABA and the National Basketball Association and is the only coach in NBA history to lead eight different teams to the playoffs. He is also the only person ever to coach two NBA franchises in the same season. He is 1,275–965 in his career. He is also the only coach in history to win both an NCAA National Championship and an NBA Championship.Brown was enshrined in the Basketball Hall of Fame as a coach on September 27, 2002   more
2 votes
1 comment
Larry Brown - Voter Comments

Gibby97 says2015-04-18T18:05:45.9836464-05:00
Report Post
The NBA's ultimate vagabond is also Mr. Fix It. Whether it was maxing out the potentials of Reggie Miller or Allen Iverson, to rebuilding the LA Clippers and the Charlotte Bobcats there is no one better than Larry Brown.
Vote & Comment
3
VOTING CLOSED

Arnold Jacob "Red" Auerbach was an American basketball coach of the Washington Capitols, the Tri-Cities Blackhawks and the Boston Celtics. After he retired from coaching, he served as president and front office executive of the Celtics until his dea... th. As a coach, he won 938 games and nine National Basketball Association championships in ten years. As general manager and team president of the Celtics, he won an additional seven NBA titles, for a grand total of 16 in a span of 29 years, making him one of the most successful team officials in the history of North American professional sports.Auerbach is remembered as a pioneer of modern basketball, redefining basketball as a game dominated by team play and defense and for introducing the fast break as a potent offensive weapon. He groomed many players who went on to be inducted into the Basketball Hall of Fame. Additionally, Auerbach was vital in breaking down color barriers in the NBA. He made history by drafting the first African-American NBA player, Chuck Cooper in 1950, and introduced the first African-American starting five in 1964   more
1 vote
0 comments
Red Auerbach - Voter Comments
No Comments
Vote & Comment
4
VOTING CLOSED

Philip Douglas "Phil" Jackson is an American professional basketball executive, former coach and former player, currently serving as president of the New York Knicks in the National Basketball Association. Widely considered one of the greatest coach... es in the history of the NBA, Jackson was the head coach of the Chicago Bulls from 1989 until 1998, during which Chicago won six NBA championships. His next team, the Los Angeles Lakers, won five championships from 2000 until 2010. In total, Jackson has won 11 NBA titles as a coach, surpassing the previous record of nine set by Red Auerbach. He also won two championships as a player with the Knicks in 1970 and 1973, and holds the NBA record for the most combined championships as a player and a head coach. He also has the highest winning percentage of any NBA coach.Jackson is known for his use of Tex Winter's triangle offense as well as a holistic approach to coaching that is influenced by Eastern philosophy, earning him the nickname "Zen Master". Jackson cites Robert Pirsig's book Zen and the Art of Motorcycle Maintenance as one of the major guiding forces in his life   more
1 vote
0 comments
Phil Jackson - Voter Comments
No Comments
Vote & Comment
5
VOTING CLOSED

Patrick James "Pat" Riley is an American professional basketball executive, and a former coach and player in the National Basketball Association. He has been the team president of the Miami Heat since 1995, a position that enabled him to serve as th... eir de facto general manager and as their head coach in two separate tenures.Widely regarded as one of the greatest NBA coaches of all time, Riley has served as the head coach of five championship teams and an assistant coach to another. He was named NBA Coach of the Year three times. He was head coach of an NBA All-Star Game team nine times: eight times with the Western Conference team and once with the Eastern team. In 1996 he was named one of the 10 Greatest Coaches in the NBA history. As a player, he played for the Los Angeles Lakers' championship team in 1972. Riley most recently won the 2012 and 2013 NBA championships with the Miami Heat as their team president. He is the first North American sports figure to win a championship as a player, coach, and executive. He received the Chuck Daly Lifetime Achievement Award from the NBA Coaches Association on June 20, 2012   more
0 votes
0 comments
Pat Riley - Voter Comments
No Comments
Vote & Comment
6
VOTING CLOSED

Gerald Eugene "Jerry" Sloan is an American former National Basketball Association player and head coach, and a member of the Basketball Hall of Fame. NBA commissioner David Stern called Sloan "one of the greatest and most respected coaches in NBA hi... story." Sloan had a career regular-season win–loss record of 1,221–803, placing him third all-time in NBA wins at the time he retired. Sloan was only the fifth coach in NBA history to reach 1,000 victories and is the only coach in NBA history to record 1,000 wins with one club. He also coached for one team longer than anyone in NBA history. The 2009–10 season was his 22nd season as coach of the Jazz. Sloan coached the Jazz to 15 consecutive playoff appearances from 1989–2003. Although he never won a Coach of the Year award, he is one of only four coaches in NBA history with 15-plus consecutive seasons with a winning record. He led Utah to the NBA Finals in 1997 and 1998, but lost to the Chicago Bulls both times.After Tom Kelly stepped down as manager of the Minnesota Twins in Major League Baseball in 2001, Sloan became the longest-tenured head coach in American major league sports with their current franchise   more
0 votes
0 comments
Jerry Sloan - Voter Comments
No Comments
Vote & Comment
Leave a comment...
(Maximum 900 words)