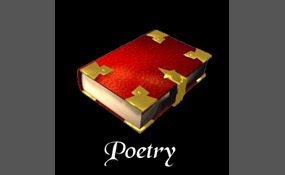 Who is the greatest poet? 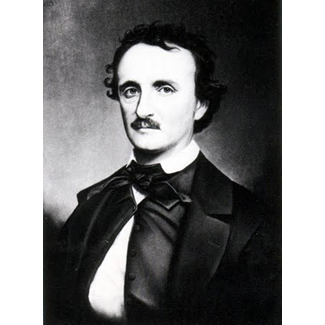 Edgar Allan Poe was an American author, poet, editor, and literary critic, considered part of the American Romantic Movement. Best known for his tales of mystery and the macabre, Poe was one of the earliest American practitioners of the short story and is generally considered the inventor of the detective fiction genre. He is further credited with contributing to the emerging genre of science fiction. He was the first well-known American writer to try to earn a living through writing alone, resulting in a financially difficult life and career.He was born as Edgar Poe in Boston, Massachusetts; he was orphaned at a young age when his mother died shortly after his father abandoned the family. Poe was taken in by John and Frances Allan, of Richmond, Virginia, but they never formally adopted him. He attended the University of Virginia for one semester but left due to lack of money. After enlisting in the Army and later failing as an officer's cadet at West Point, Poe parted ways with the Allans. His publishing career began humbly, with an anonymous collection of poems, Tamerlane and Other Poems, credited only to "a Bostonian". 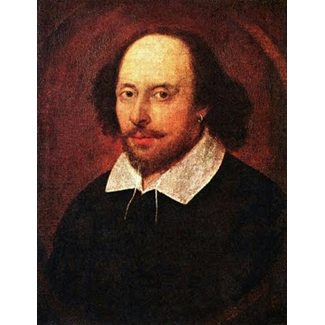 William Shakespeare was an English poet and playwright, widely regarded as the greatest writer in the English language and the world's pre-eminent dramatist. He is often called England's national poet and the "Bard of Avon". His extant works, including some collaborations, consist of about 38 plays, 154 sonnets, two long narrative poems, and a few other verses, the authorship of some of which is uncertain. His plays have been translated into every major living language and are performed more often than those of any other playwright.Shakespeare was born and brought up in Stratford-upon-Avon. At the age of 18, he married Anne Hathaway, with whom he had three children: Susanna, and twins Hamnet and Judith. Between 1585 and 1592, he began a successful career in London as an actor, writer, and part-owner of a playing company called the Lord Chamberlain's Men, later known as the King's Men. He appears to have retired to Stratford around 1613 at age 49, where he died three years later. Few records of Shakespeare's private life survive, and there has been considerable speculation about such matters as his physical appearance, sexuality, religious beliefs, and whether the works attributed to him were written by others. 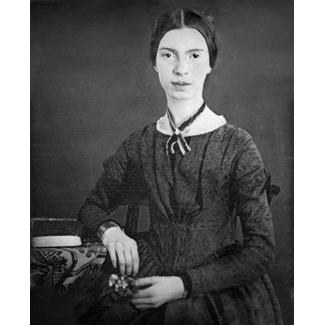 Emily Elizabeth Dickinson was an American poet. Born in Amherst, Massachusetts, to a successful family with strong community ties, she lived a mostly introverted and reclusive life. After she studied at the Amherst Academy for seven years in her youth, she spent a short time at Mount Holyoke Female Seminary before returning to her family's house in Amherst. Thought of as an eccentric by the locals, she became known for her penchant for white clothing and her reluctance to greet guests or, later in life, even leave her room. Most of her friendships were therefore carried out by correspondence.While Dickinson was a prolific private poet, fewer than a dozen of her nearly eighteen hundred poems were published during her lifetime. The work that was published during her lifetime was usually altered significantly by the publishers to fit the conventional poetic rules of the time. Dickinson's poems are unique for the era in which she wrote; they contain short lines, typically lack titles, and often use slant rhyme as well as unconventional capitalization and punctuation. Many of her poems deal with themes of death and immortality, two recurring topics in letters to her friends. 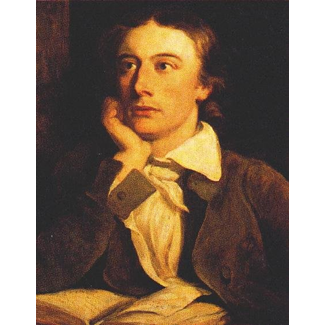 John Keats was an English Romantic poet. He was one of the main figures of the second generation of Romantic poets along with Lord Byron and Percy Bysshe Shelley, despite his work only having been in publication for four years before his death.Although his poems were not generally well received by critics during his life, his reputation grew after his death, so that by the end of the 19th century he had become one of the most beloved of all English poets. He had a significant influence on a diverse range of poets and writers. Jorge Luis Borges stated that his first encounter with Keats was the most significant literary experience of his life.The poetry of Keats is characterised by sensual imagery, most notably in the series of odes. Today his poems and letters are some of the most popular and most analysed in English literature. 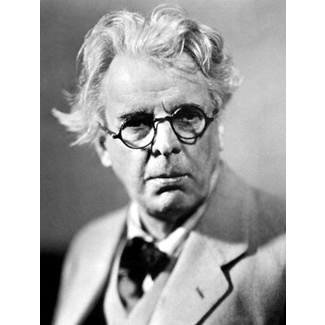 William Butler Yeats was an Irish poet and one of the foremost figures of 20th century literature. A pillar of both the Irish and British literary establishments, in his later years he served as an Irish Senator for two terms. Yeats was a driving force behind the Irish Literary Revival and, along with Lady Gregory, Edward Martyn, and others, founded the Abbey Theatre, where he served as its chief during its early years. In 1923 he was awarded the Nobel Prize in Literature as the first Irishman so honoured for what the Nobel Committee described as "inspired poetry, which in a highly artistic form gives expression to the spirit of a whole nation." Yeats is generally considered one of the few writers who completed their greatest works after being awarded the Nobel Prize; such works include The Tower and The Winding Stair and Other Poems. Yeats was a very good friend of American expatriate poet and Bollingen Prize laureate Ezra Pound. Yeats wrote the introduction for Gitanjali, which was about to be published by the India Society.Yeats was born in Dublin and educated there and in London; he spent his childhood holidays in County Sligo. He studied poetry in his youth and from an early age was fascinated by both Irish legends and the occult. Those topics feature in the first phase of his work, which lasted roughly until the turn of the 20th century. His earliest volume of verse was published in 1889, and its slow-paced and lyrical poems display Yeats's debts to Edmund Spenser, Percy Bysshe Shelley, and the poets of the Pre-Raphaelite Brotherhood. From 1900, Yeats's poetry grew more physical and realistic. He largely renounced the transcendental beliefs of his youth, though he remained preoccupied with physical and spiritual masks, as well as with cyclical theories of life. 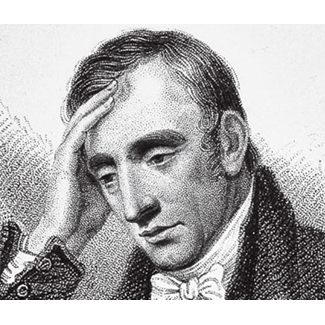 William Wordsworth was a major English Romantic poet who, with Samuel Taylor Coleridge, helped to launch the Romantic Age in English literature with the 1798 joint publication Lyrical Ballads.Wordsworth's magnum opus is generally considered to be The Prelude, a semiautobiographical poem of his early years which he revised and expanded a number of times. It was posthumously titled and published, prior to which it was generally known as "the poem to Coleridge". Wordsworth was Britain's Poet Laureate from 1843 until his death in 1850. 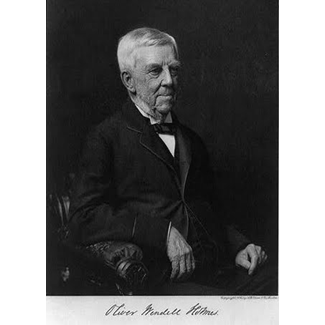 Oliver Wendell Holmes, Sr. Was an American physician, poet, professor, lecturer, and author. Regarded by his peers as one of the best writers of the 19th century, he is considered a member of the Fireside Poets. His most famous prose works are the "Breakfast-Table" series, which began with The Autocrat of the Breakfast-Table. He is also recognized as an important medical reformer.Born in Cambridge, Massachusetts, Holmes was educated at Phillips Academy and Harvard College. After graduating from Harvard in 1829, he briefly studied law before turning to the medical profession. He began writing poetry at an early age; one of his most famous works, "Old Ironsides", was published in 1830 and was influential in the eventual preservation of the USS Constitution. Following training at the prestigious medical schools of Paris, Holmes was granted his M.D. From Harvard Medical School in 1836. He taught at Dartmouth Medical School before returning to teach at Harvard and, for a time, served as dean there. During his long professorship, he became an advocate for various medical reforms and notably posited the controversial idea that doctors were capable of carrying puerperal fever from patient to patient. Holmes retired from Harvard in 1882 and continued writing poetry, novels and essays until his death in 1894. 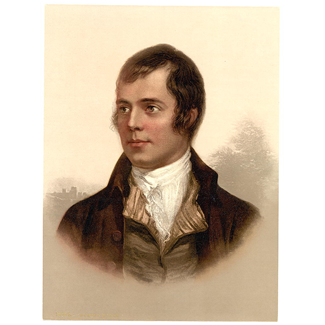 Robert Burns was a Scottish poet and lyricist. He is widely regarded as the national poet of Scotland and is celebrated worldwide. He is the best known of the poets who have written in the Scots language, although much of his writing is also in English and a light Scots dialect, accessible to an audience beyond Scotland. He also wrote in standard English, and in these his political or civil commentary is often at its bluntest.He is regarded as a pioneer of the Romantic movement, and after his death he became a great source of inspiration to the founders of both liberalism and socialism, and a cultural icon in Scotland and among the Scottish Diaspora around the world. Celebration of his life and work became almost a national charismatic cult during the 19th and 20th centuries, and his influence has long been strong on Scottish literature. In 2009 he was chosen as the greatest Scot by the Scottish public in a vote run by Scottish television channel STV.As well as making original compositions, Burns also collected folk songs from across Scotland, often revising or adapting them. His poem "Auld Lang Syne" is often sung at Hogmanay, and "Scots Wha Hae" served for a long time as an unofficial national anthem of the country. Other poems and songs of Burns that remain well known across the world today include "A Red, Red Rose"; "A Man's A Man for A' That"; "To a Louse"; "To a Mouse"; "The Battle of Sherramuir"; "Tam o' Shanter"; and "Ae Fond Kiss". 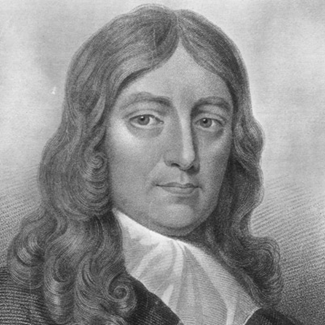 John Milton was an English poet, polemicist, a scholarly man of letters, and a civil servant for the Commonwealth of England under Oliver Cromwell. He wrote at a time of religious flux and political upheaval, and is best known for his epic poem Paradise Lost.Milton's poetry and prose reflect deep personal convictions, a passion for freedom and self-determination, and the urgent issues and political turbulence of his day. Writing in English, Latin, and Italian, he achieved international renown within his lifetime, and his celebrated Areopagitica is among history's most influential and impassioned defenses of free speech and freedom of the press.William Hayley's 1796 biography called him the "greatest English author," and he remains generally regarded "as one of the preeminent writers in the English language," though critical reception has oscillated in the centuries since his death. Samuel Johnson praised Paradise Lost as "a poem which...With respect to design may claim the first place, and with respect to performance, the second, among the productions of the human mind," though he described Milton's politics as those of an "acrimonious and surly republican". 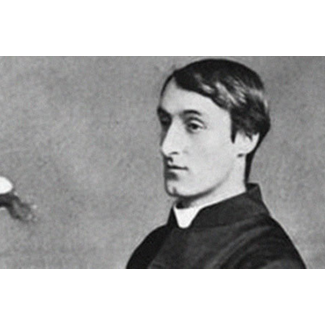 Reverend Father Gerard Manley Hopkins, S.J. Was an English poet, Roman Catholic convert, and Jesuit priest, whose posthumous fame established him among the leading Victorian poets. His experimental explorations in prosody and his use of imagery established him as a daring innovator in a period of largely traditional verse.

Macgreggor says2013-11-15T22:55:26.8450792-06:00
Report Post
Good question and a hard one to answer! Too bad most folks spent all their time on the misspelling of a word instead of what could have been a great {GREAT} discussion.
Privacy Policy | Terms of Use
Sitemap | View Desktop Version
©2021 Debate.org. All rights reserved.