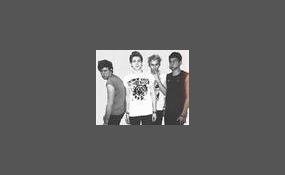 Who is your fave member of 5SOS

Luke Hemmings is a guitarist and a member of the group 5 Seconds of Summer.
3 votes
1 comment
Luke Hemmings - Voter Comments

archerysgreatest101 says2015-09-29T15:18:34.1454019Z
Report Post
I dont like him just because hes the lead singer, but I love him because hes shy around fans, hes just an awkward little penguin that makes me explode everytime I see his face..
Vote & Comment
3

Calum Hood is a bassist and a member of the group 5 Seconds of Summer.
2 votes
1 comment
Calum Hood - Voter Comments

5 Seconds of Summer are an Australian pop rock/pop punk band.Formed in Sydney in 2011, the band consists of Luke Hemmings, Michael Clifford, Calum Hood and Ashton Irwin. The group were originally YouTube celebrities, posting videos of themselves cov... ering songs from various artists in 2011. From there, they gained a small following in 2012 after posting a series of cover versions of popular songs onto YouTube, then rose to international fame when One Direction invited them on their Take Me Home Tour.The group have been referred to as a boy band in the media. In February 2014, they released "She Looks So Perfect" as their debut worldwide release. It topped the charts in Australia, New Zealand, Ireland and the United Kingdom. Their self-titled debut studio album was released in June 2014, which peaked #1 in 11 countries   more
0 votes
0 comments
5 Seconds of Summer - Voter Comments
No Comments
Vote & Comment
Leave a comment...
(Maximum 900 words)