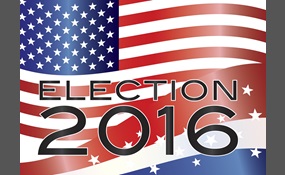 Who is your favorite democrat running for president?

Bernard "Bernie" Sanders is an American politician and the junior United States Senator from Vermont. Before serving in the Senate, he represented Vermont's at-large congressional district in the United States House of Representatives and served as ... mayor of Burlington, the largest city in Vermont. Sanders is a self-described democratic socialist, and has praised Scandinavian-style social democracy.Sanders runs for office as an independent but caucuses with the Democratic Party and is counted as a Democrat for purposes of committee assignments. He was the only independent member of the House during most of his service and is the longest-serving independent in U.S. Congressional history.In an interview with The Nation on March 6, 2014, Sanders stated that he is "prepared to run for President of the United States" in 2016   more
29 votes
8 comments
Bernie Sanders - Voter Comments

evanjfarrar says2015-08-22T22:56:14.3569224Z
Report Post
I like Bernie Sanders' policies and his care for the American populace. I honestly could care less that he labeled himself as a socialist; I think socialism is automatically considered to be a detrimental ideology here in America, but rather, I believe Sanders' policies can work.

Genialidiot says2015-08-23T00:26:47.2911184Z
Report Post
I'm not a US citizen, but I quite like Bernie Sanders and Elizabeth Warren. It personally feels like Hillary Clinton might win it in a landslide, but I'd prefer the two I mention. I think I read somewhere that Elizabeth Warren won't be running for president which I think is too bad.

Propower says2015-08-23T02:24:20.9238265Z
Report Post
Unlike Hillary, who would probably run the country much like Bill did, Bernie Sanders is for the working class. Moreover, he is one of the few candidates who opposes the Trans-Pacific Partnership.

James Henry "Jim" Webb, Jr. Is an American statesman and noted author. He has served as a United States Senator from Virginia, Secretary of the Navy, Assistant Secretary of Defense, Congressional Counsel, and Marine Corps Officer. In the private sec... tor he has been an Emmy-award winning journalist, a film-maker, and the author of ten books. In addition, he taught literature at the United States Naval Academy and was a Fellow at the Harvard Institute of Politics. As a member of the Democratic Party, Webb announced on November 19, 2014, that he is forming an exploratory committee to evaluate a run for President of the United States in 2016.Webb graduated from the United States Naval Academy in 1968, receiving a special commendation for his leadership contributions. He was first in his class of 243 at the Marine Corps Officer's Basic School, served as a rifle platoon and infantry company commander in Vietnam and was awarded the Navy Cross, the Silver Star Medal, two Bronze Star Medals and two Purple Heart Medals. He graduated from the Georgetown University Law Center in 1975, having received the Horan Award for excellence in legal writing   more
2 votes
1 comment
Jim Webb - Voter Comments

Hillary Diane Rodham Clinton is a former United States Secretary of State, U.S. Senator, and First Lady of the United States. From 2009 to 2013, she was the 67th Secretary of State, serving under President Barack Obama. She previously represented Ne... w York in the U.S. Senate. Before that, as the wife of President Bill Clinton, she was First Lady from 1993 to 2001. In the 2008 election, Clinton was a leading candidate for the Democratic presidential nomination.A native of Illinois, Hillary Rodham was the first student commencement speaker at Wellesley College in 1969 and earned a J.D. From Yale Law School in 1973. After a brief stint as a Congressional legal counsel, she moved to Arkansas and married Bill Clinton in 1975. Rodham cofounded Arkansas Advocates for Children and Families in 1977. In 1978, she became the first female chair of the Legal Services Corporation, and in 1979, the first female partner at Rose Law Firm. The National Law Journal twice listed her as one of the hundred most influential lawyers in America. As First Lady of Arkansas from 1979 to 1981 and 1983 to 1992 with her husband as Governor, she led a task force that reformed Arkansas's education system   more
2 votes
0 comments
Hillary Rodham Clinton - Voter Comments
No Comments
Vote & Comment
4

Martin Joseph O'Malley is an American politician and the 61st and current Governor of Maryland. First elected in 2006, he defeated incumbent Governor Robert Ehrlich, and again in a 2010 rematch. Prior to being elected as Governor, he served as the M... ayor of Baltimore from 1999 to 2007, having previously served as a Baltimore City Councilor from 1991 to 1999. A member of the Democratic Party, he served as the Chair of the Democratic Governors Association from 2011 to 2013.As Governor, in 2011 he signed a law that would make certain undocumented immigrants eligible for in-state college tuition on condition; and in 2012, he signed a law to legalize same-sex marriage in Maryland. Each law was challenged to a voter referendum in the 2012 general election and upheld by a majority of the voting public   more
1 vote
0 comments
Martin O'Malley - Voter Comments
No Comments
Vote & Comment
5