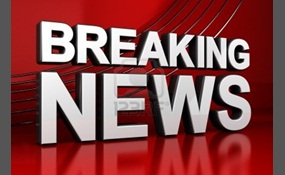 Who is Your Favorite News Reporter?

William James "Bill" O'Reilly, Jr. Is an American television host, author, syndicated columnist and political commentator. He is the host of the political commentary program The O'Reilly Factor on the Fox News Channel. During the late 1970s and 1980... s, he worked as a news reporter for various local television stations in the United States and eventually for CBS News and ABC News. From 1989 to 1995, he was anchor of the entertainment news program Inside Edition.O'Reilly is widely considered a conservative commentator, though some of his positions diverge from conservative orthodoxy. O'Reilly is a registered "Independent" and characterizes himself as a "traditionalist". O'Reilly is the author of ten books, and hosted The Radio Factor until early 2009   more
3 votes
0 comments
Bill O'Reilly - Voter Comments
No Comments
Vote & Comment
2

Anderson Hays Cooper is an American journalist, author, and television personality. He is the primary anchor of the CNN news show Anderson Cooper 360°. The program is normally broadcast live from a New York City studio; however, Cooper often broadca... sts live on location for breaking news stories. From September 2011 to May 2013, he also served as host of his own eponymous syndicated daytime talk show, Anderson Live   more
3 votes
0 comments
Anderson Cooper - Voter Comments
No Comments
Vote & Comment
3

Rachel Anne Maddow is an American television host, political commentator, and author. She hosts a nightly television show, The Rachel Maddow Show, on MSNBC. Her syndicated talk radio program of the same name aired on Air America Radio. Maddow is the...  first openly gay anchor to host a major prime-time news program in the United States. She holds a doctorate in politics from Oxford University.Asked about her political views by the Valley Advocate, Maddow replied, "I'm undoubtedly a liberal, which means that I'm in almost total agreement with the Eisenhower-era Republican party platform.   more
3 votes
1 comment
Rachel Maddow - Voter Comments

DBDebates96 says2017-07-28T09:50:12.2458448Z
Report Post
I know people probably won't like me for this, but I actually really love her. It's more than just her views though, her personality is super cool. There's just something about it I find really adorable. Has mild wackiness to it, and at the same time she's super smart. I also don't understand how people think she's ugly. I think her looks look good on her. Matches her character real well.
Vote & Comment
4

John F. Stossel is an American consumer reporter, investigative journalist, author and libertarian columnist. In October 2009, Stossel left his long-time employment at ABC News to join the Fox Business Channel and Fox News Channel. He is the host of...  a weekly news show on Fox Business, Stossel, which was first broadcast on December 10, 2009. Stossel also regularly provides analysis, appearing on various Fox News programs, which include weekly appearances on The O'Reilly Factor. He also writes a Fox News Blog, "John Stossel's Take". Stossel has also been a nationally syndicated newspaper columnist since February 2011.Stossel's style combines reporting and commentary. It reflects a libertarian political philosophy and views on economics which are largely supportive of the free market. He began his journalism career as a researcher for KGW-TV, was a consumer reporter at WCBS-TV in New York City, and then joined ABC News as a consumer editor and reporter on Good Morning America. Stossel went on to be an ABC News correspondent, joining the weekly news magazine program 20/20, going on to become co-anchor   more
2 votes
1 comment
John Stossel - Voter Comments

Piers Stefan Pughe-Morgan, known professionally as Piers Morgan, is a British journalist, television host and former television talent competition judge currently working in the United States.He is editorial director of First News, a national newspa... per for children published in the UK. He began hosting Piers Morgan Live on CNN on 17 January 2011. The show replaced Larry King Live in the 9:00 pm timeslot following King's retirement. Piers Morgan Live was cancelled by CNN in February 2014 and aired its final broadcast on March 28, 2014. Morgan is a former judge on America's Got Talent and Britain's Got Talent, as well as a winner of Celebrity Apprentice.In the UK, Morgan worked as a writer and editor for several British tabloids, including The Sun, News of the World and the Daily Mirror. In November 2012, he was heavily criticised in the official findings of the Leveson Inquiry, when Lord Leveson stated that comments made in Morgan's testimony about phone hacking were "utterly unpersuasive" and "clearly prove ... That he was aware that it was taking place in the press as a whole and that he was sufficiently unembarrassed by what was criminal behaviour that he was prepared to joke about it"   more
0 votes
0 comments
Piers Morgan - Voter Comments
No Comments
Vote & Comment
7

Lawrence Francis O'Donnell, Jr. Is an American political analyst, journalist, actor, producer, writer, and host of The Last Word with Lawrence O'Donnell, a weeknight MSNBC opinion and news program. O'Donnell called himself a "practical European soci... alist" in a Newsmaker Interview dated November 11, 2005. He frequently filled in as host of Countdown on MSNBC before getting his own show on the cable network. Beginning 24 October 2011, The Last Word with Lawrence O'Donnell switched time slots with The Ed Show, with Ed Schultz taking over the 8 p.M. Eastern slot, and O'Donnell returning to the 10 p.M. Eastern slot.O'Donnell has also appeared as a political analyst on The McLaughlin Group, The Al Franken Show, and Countdown. He was an Emmy Award-winning producer and writer for the NBC series The West Wing and creator and executive producer of the NBC series Mister Sterling. He is also an occasional actor, appearing as a recurring supporting character on the HBO series Big Love, portraying an attorney. He began his career as an aide to U.S. Senator Daniel Patrick Moynihan and was Staff Director for the Senate Finance Committee   more
0 votes
0 comments
Lawrence O'Donnell - Voter Comments
No Comments
Vote & Comment
Leave a comment...
(Maximum 900 words)

Oromagi says2014-06-16T17:53:34.6894174-05:00
Report Post
I think OP needs to define "news reporter." By my count, only Cooper and Stossel ever even pretended to the profession of journalism and would at best represent weak exemplars of the final generation of journalists. Hell, Wolf Blitzer and Bret Hume are total sellouts but they at least apprenticed in the school of honest sourcing, inverted pyramid, WWWWH, etc. No Glen Greenwald? No Bob Woodward? Sebatian Junger? O' Reilly is to factual reporting what bin Laden was to diplomacy. Piers Morgan is about as close to being a professional reporter as the Unibomber.