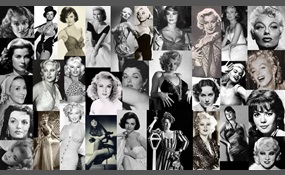 Who is your favourite Old Hollywood star?

Who is your favourite 'old hollywood' star out of Marilyn Monroe, Audrey Hepburn, Elizabeth Taylor or anyone else? 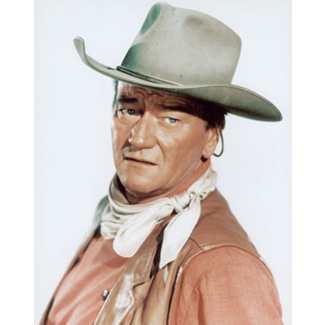 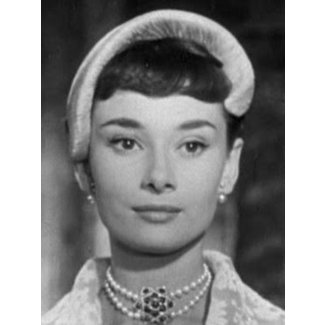 Shanice_Maria says2014-05-24T14:24:20.5739653-05:00
Report Post
Although I absolutely adore all three, I'd have to say that Audrey would be my favourite out of them (although there are people that I like more) because of her sweet nature and beautiful personality!
Vote & Comment
3 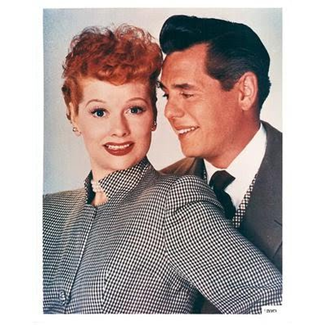 Lucille Désirée Ball was an American comedienne, model, film and television actress and studio executive. She was star of the sitcoms I Love Lucy, The Lucy–Desi Comedy Hour, The Lucy Show, Here's Lucy and Life with Lucy, and was one of the most popular and influential stars in the United States during her lifetime. Ball had one of Hollywood's longest careers. In the 1930s and 1940s she started as an RKO girl, playing bit parts as a chorus girl or similar roles and becoming a television star during the 1950s. She continued making films in the 1960s and 1970s. In 1962, Ball became the first woman to run a major television studio, Desilu, which produced many successful and popular television series such as "Mission Impossible" and "Star Trek".In 1929, Ball landed work as a model and later began her performing career on Broadway using the stage name "Diane Belmont". She assumed many small movie roles in the 1930s as a contract player for RKO Radio Pictures. Ball was dubbed the "Queen of the Bs". Ball met and eloped with Cuban bandleader Desi Arnaz in 1940. In 1951, Ball was instrumental in co-creating the television series I Love Lucy with her husband, Arnaz. On July 17, 1951, at almost 40 years of age, Ball gave birth to their first child, Lucie Désirée Arnaz. A year and a half later, she gave birth to their second child, Desiderio Alberto Arnaz IV, known as Desi Arnaz, Jr. Ball and Arnaz divorced on May 4, 1960. On April 26, 1989, Ball died of a dissecting aortic aneurysm at age 77. At the time of her death, she had been married to her second husband and business partner, standup comedian Gary Morton, for more than 27 years. 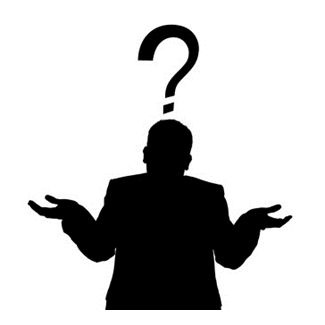 I have no idea who these people are.

2 votes
0 comments
I have no idea who these people are. - Voter Comments
No Comments
Vote & Comment
5 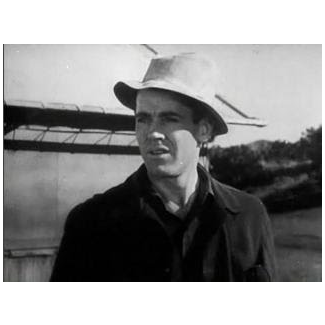 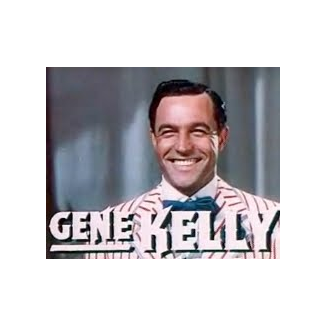 Eugene Curran "Gene" Kelly was an American dancer, actor, singer, film director, producer, and choreographer. Kelly was known for his energetic and athletic dancing style, his good looks and the likeable characters that he played on screen.Although he is known today for his performances in Anchors Aweigh, An American in Paris and Singin' in the Rain, he was a dominant force in Hollywood musical films from the mid-1940s until this art form fell out of fashion in the late 1950s. His many innovations transformed the Hollywood musical film, and he is credited with almost single-handedly making the ballet form commercially acceptable to film audiences.Kelly was the recipient of an Academy Honorary Award in 1952 for his career achievements. He later received lifetime achievement awards in the Kennedy Center Honors, and from the Screen Actors Guild and American Film Institute; in 1999, the American Film Institute also numbered him 15th in their Greatest Male Stars of All Time list. 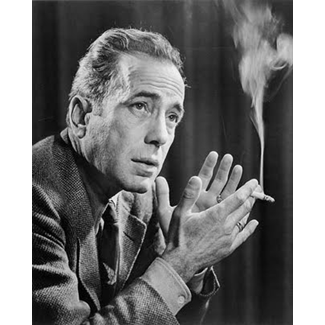 Humphrey DeForest Bogart was an American actor and is widely regarded as an American cultural icon. In 1999, the American Film Institute ranked Bogart as the greatest male star in the history of American cinema.After trying various jobs, Bogart began acting in 1921 and became a regular in Broadway productions in the 1920s and 1930s. When the stock market crash of 1929 reduced the demand for plays, Bogart turned to film. His first great success was as Duke Mantee in The Petrified Forest, and this led to a period of typecasting as a gangster with films such as Angels with Dirty Faces and B-movies like The Return of Doctor X.Bogart's breakthrough as a leading man came in 1941, with High Sierra and The Maltese Falcon. The next year, his performance in Casablanca raised him to the peak of his profession and, at the same time, cemented his trademark film persona, that of the hard-boiled cynic who ultimately shows his noble side. Other successes followed, including To Have and Have Not; The Big Sleep; Dark Passage and Key Largo, with his wife Lauren Bacall; and The Treasure of the Sierra Madre; In a Lonely Place; The African Queen, for which he won his only Academy Award; Sabrina; and The Caine Mutiny. His last film was The Harder They Fall. During a film career of almost 30 years, he appeared in 75 feature films. 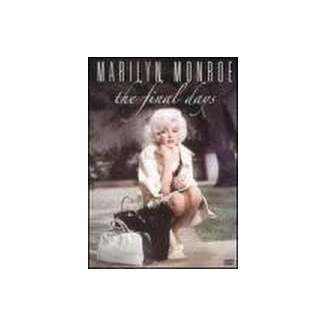 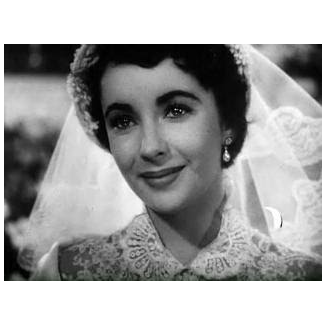 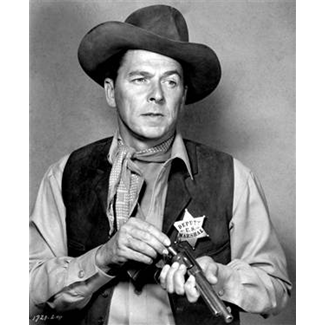 The representation in fiction and other media of Ronald Reagan, the 40th U.S. President. 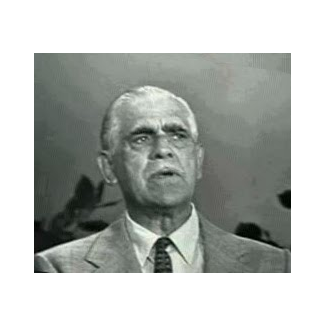 William Henry Pratt, better known by his stage name Boris Karloff, was an English actor.Karloff is best remembered for his roles in horror films and his portrayal of Frankenstein's monster in Frankenstein, Bride of Frankenstein, and Son of Frankenstein, which resulted in his immense popularity. His best-known non-horror role is as the Grinch, as well as the narrator, in the animated television special of Dr. Seuss's How the Grinch Stole Christmas!. He also had a memorable role in the original Scarface. 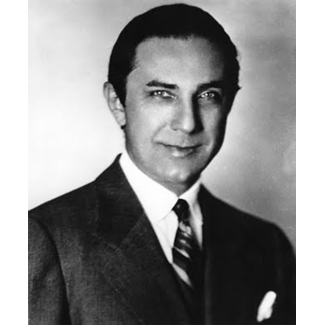 Béla Ferenc Dezső Blaskó, better known as Bela Lugosi, was a Hungarian-American actor, famous for portraying Count Dracula in the original 1931 film and for his roles in various other horror films.He had been playing small parts on the stage in his native Hungary before making his first film in 1917, but had to leave the country after the failed Hungarian Revolution. He had roles in several films in Weimar Germany before arriving in America as a seaman on a merchant ship.In 1927, he appeared as Count Dracula in a Broadway adaptation of Bram Stoker's novel, where he was talent-spotted as a character actor for the new Hollywood talkies. He would appear in the classic 1931 Dracula talkie by Universal Pictures.Through the 1930s, he occupied an important niche in popular horror films, with their East European setting, but his Hungarian accent limited his repertoire, and he tried unsuccessfully to avoid typecasting. Meanwhile, he was often paired with Boris Karloff, who was able to demand top billing. To his frustration, Lugosi was increasingly restricted to minor parts, kept employed by the studio principally for the sake of his name on the posters. Among his pairings with Karloff, only in The Black Cat, The Raven, and Son of Frankenstein did he perform major roles again, although even in The Raven Karloff received top billing despite Lugosi performing the lead role. 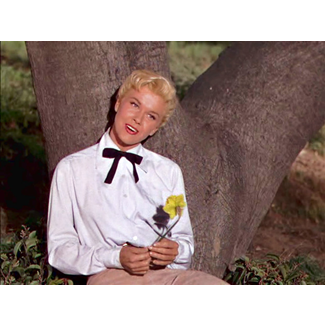 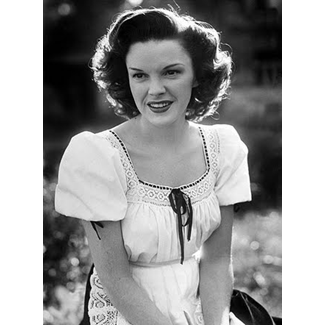 Judy Garland was an American actress, singer, and vaudevillian. Described by Fred Astaire as "the greatest entertainer who ever lived" and renowned for her unique voice, she attained international stardom throughout a career which spanned more than 40 years, as an actress in musical and dramatic roles, as a recording artist and on the concert stage. Respected for her versatility, she received a Juvenile Academy Award and won a Golden Globe Award as well as Grammy Awards and a Special Tony Award.She was nominated for the Academy Award for Best Actress for her role in the remake of A Star Is Born and for Best Supporting Actress for her performance in the 1961 film Judgment at Nuremberg. She remains the youngest recipient of the Cecil B. DeMille Award for lifetime achievement in the motion picture industry.After appearing in vaudeville with her two older sisters, Garland was signed to Metro-Goldwyn-Mayer as a teenager. There, she made more than two dozen films, including nine with Mickey Rooney, and the 1939 film with which she would be most identified, The Wizard of Oz. After 15 years, she was released from the studio but gained renewed success through record-breaking concert appearances, including a return to acting, beginning with critically acclaimed performances. 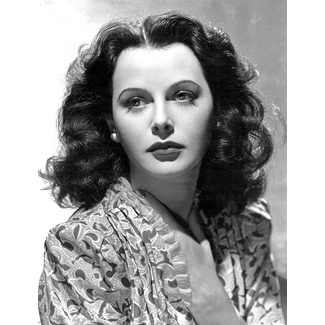 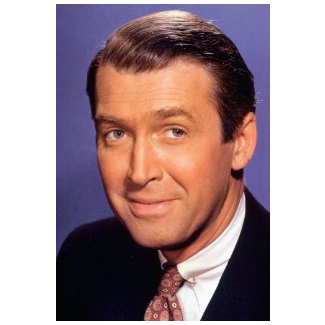 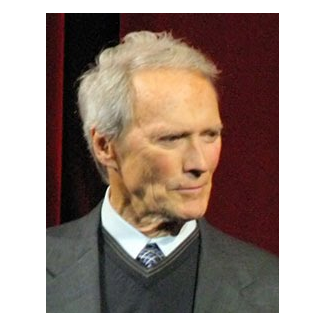 Clint Eastwood is an American actor, film director, producer and composer. He rose to international fame with his role as the Man with No Name in Sergio Leone's Dollars trilogy of spaghetti Westerns during the 1960s, and as Harry Callahan in the five Dirty Harry films throughout the 1970s and 1980s. These roles, among others, have made him an enduring cultural icon of masculinity.For his work in the films Unforgiven and Million Dollar Baby, Eastwood won Academy Awards for Best Director and Producer of the Best Picture, as well as receiving nominations for Best Actor. His greatest commercial successes have been Every Which Way But Loose and its sequel, Any Which Way You Can, after adjustment for inflation. Other popular films include Hang 'Em High, Play Misty for Me, Thunderbolt and Lightfoot, The Outlaw Josey Wales, Escape from Alcatraz, Firefox, Tightrope, Pale Rider, Heartbreak Ridge, In the Line of Fire, The Bridges of Madison County, and Gran Torino.In addition to directing many of his own star vehicles, Eastwood has also directed films in which he did not appear, such as Mystic River and Letters from Iwo Jima, for which he received Academy Award nominations, and Changeling. He received considerable critical praise in France, including for several films which were not well received in the United States, and he has been awarded two of France's highest honors: in 1994 he became a recipient of the French Republic's Commandeur of the Ordre des Arts et des Lettres and in 2007 he was awarded the Légion d'honneur medal. In 2000, he was awarded the Italian Venice Film Festival Golden Lion for lifetime achievement.