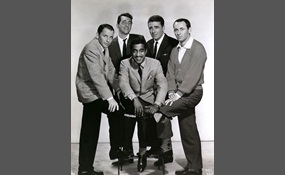 Who is your favourite Rat Pack member?

Which member of The Rat Pack is your favourite? 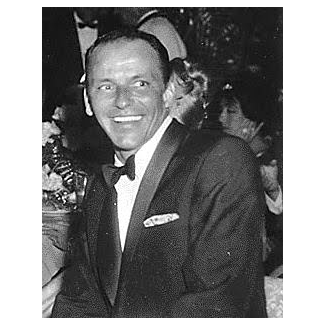 Francis Albert "Frank" Sinatra was an American singer, actor, director, film producer, and conductor. Beginning his musical career in the swing era as a boy singer with Harry James and Tommy Dorsey, Sinatra found success as a solo artist from the early to mid-1940s after being signed by Columbia Records in 1943. Being the idol of the "bobby soxers", he released his first album, The Voice of Frank Sinatra in 1946. His professional career had stalled by the early 1950s, but it was reborn in 1953 after he won the Academy Award for Best Supporting Actor for his performance in From Here to Eternity. He signed with Capitol Records in 1953 and released several critically lauded albums. Sinatra left Capitol to found his own record label, Reprise Records in 1961, toured internationally, was a founding member of the Rat Pack and fraternized with celebrities and statesmen, including John F. Kennedy.Sinatra turned 50 in 1965, recorded the retrospective September of My Years, starred in the Emmy-winning television special Frank Sinatra: A Man and His Music, and scored hits with "Strangers in the Night" and "My Way". 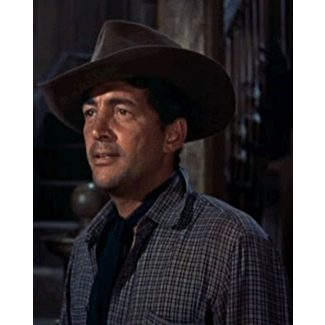 Dean Martin was an American singer, actor, comedian, and film producer.One of the most popular and enduring American entertainers of the mid-20th century, Martin was nicknamed the "King of Cool" for his seemingly effortless charisma and self-assuredness. He was a member of the "Rat Pack" and a star in concert stage/nightclubs, recordings, motion pictures, and television. He was the host of the television variety program The Dean Martin Show and The Dean Martin Celebrity Roast.Martin's relaxed, warbling crooning voice earned him dozens of hit singles including his signature songs "Memories Are Made of This", "That's Amore", "Everybody Loves Somebody", "You're Nobody till Somebody Loves You", "Sway", "Volare", and "Ain't That a Kick in the Head?". 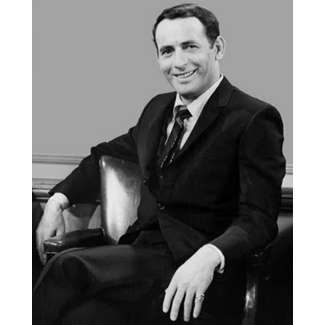 Joey Bishop (February 3, 1918 – October 17, 2007) born Joseph Abraham Gottlieb, was an American entertainer who appeared on television as early as 1948 and eventually starred in his own weekly comedy series playing a talk show host, then later hosted a late night talk show. He later became a member of the "Rat Pack" with Frank Sinatra, Peter Lawford, Sammy Davis, Jr., and Dean Martin. 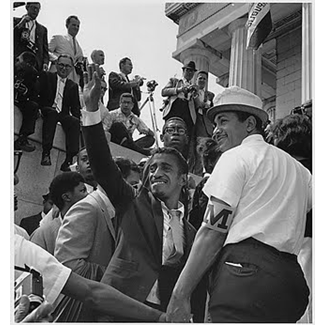 Samuel George "Sammy" Davis, Jr. Was an American entertainer. Primarily a dancer and singer, he was also an actor of stage and screen, musician, and impressionist, noted for his impersonations of actors, musicians and other celebrities. At the age of three Davis began his career in vaudeville with his father and Will Mastin as the Will Mastin Trio, which toured nationally. After military service Davis returned to the trio. Davis became an overnight sensation following a nightclub performance at Ciro's after the 1951 Academy Awards. With the trio, he became a recording artist. In 1954, he lost his left eye in an automobile accident, and several years later, he converted to Judaism.Davis' film career began as a child in 1933. In 1960, he appeared in the first Rat Pack film, Ocean's 11. After a starring role on Broadway in 1956's Mr Wonderful, Davis returned to the stage in 1964's Golden Boy, and in 1966 had his own TV variety show, The Sammy Davis Jr. Show. Davis' career slowed in the late 1960s, but he had a hit record with "The Candy Man" in 1972 and became a star in Las Vegas, earning him the nickname "Mister Show Business". 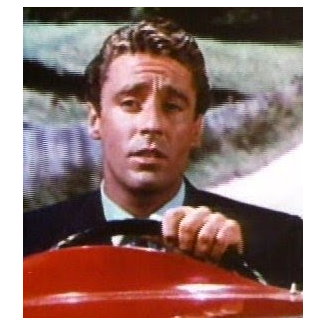 Peter Sydney Ernest Lawford was an English-born American actor.He was a member of the "Rat Pack" and brother-in-law to President John F. Kennedy, and more noted in later years for his off-screen activities as a celebrity than for his acting. From the 1940s to the 1960s, he had a strong presence in popular culture and starred in a number of highly acclaimed films.