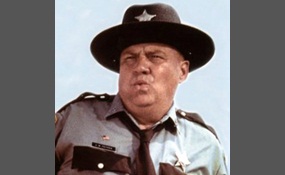 Who is your least favorite person on DDO?

A mean user that hates Americans, women, and many other things. He is a mysogmist. He thinks Americans are brainwashed.
3 votes
0 comments
1814Username - Voter Comments
No Comments
Vote & Comment
3
VOTING CLOSED

A member who joined DDO in late 2013 with conservative views (both religiously and politically) and very passionate about them. He can be a bit aggressive at times, but none to less, he is very caring. To say the least about this member, he is ver... y controversial and has more enemies than friends as he sees DDO as a place for the main purpose of expressing his views, rather than gaining new friendships from people he doesn't know ( meaning even the people he is "friends" with on DDO). He does have a few close friends on here, (including airmax) joke! No, he does have a few close friends on here, but that is to remain a secret. He will not tell me who his few close friends are.   more
0 votes
0 comments
Haroush - Voter Comments
No Comments
Vote & Comment
7
VOTING CLOSED

His high intelligence is effecting my self esteem, he is also soo modest it's embarrassing.
0 votes
0 comments
Kreakin - Voter Comments
No Comments
Vote & Comment
8
VOTING CLOSED

No one, blah there all lame...

0 votes
0 comments
No one, blah there all lame... - Voter Comments
No Comments
Vote & Comment
Leave a comment...
(Maximum 900 words)

SweetTea says2014-07-18T15:35:45.7624032-05:00
Report Post
I have to agree with Sfaulkner ... There are several on DDO who I don't agree with, find annoying, juvenile, crude, etc. But I usually ignore their remarks. After all, in America, we practice freedom of speech. The Constitution doesn't require that speech to be meaningful, intelligent, mature, compassionate, etc.
Privacy Policy | Terms of Use
Sitemap | View Desktop Version
©2020 Debate.org. All rights reserved.