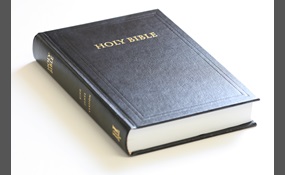 Who most likely wrote the Bible?

58539672 says2015-07-31T02:54:15.1303335Z
Report Post
The Bible was written over the course of about 1500 years by about 40 different authors. The first 5 books (the Old Testament) were written by Mosses for example. The New Testament was written by the apostles and their later followers. A good majority of the Bible is just written biographies of what was happening at that time in history (with the exception of Genesis and Revelation).

According to the Bible's New Testament, the Apostles are the primary disciples of Jesus of Nazareth, the central figure in Christianity. During the life and ministry of Jesus in the first century AD, the apostles were his closest followers and becam... e the primary teachers of the gospel message of Jesus. Often the word "disciple" is used interchangeably with "apostle" – for instance the Gospel of John makes no distinction between the two terms. In modern usage, prominent missionaries are identified as apostles – a practice which stems from the Latin equivalent of apostle, missio, the source of the English word "missionary".While Christian tradition often refers to the apostles as being twelve in number, different gospel writers give different names for the same individual, and apostles mentioned in one gospel are not mentioned in another. The commissioning of the Twelve Apostles during the ministry of Jesus is recorded in the Synoptic Gospels. After his resurrection, Jesus sent eleven of them by the Great Commission to spread his teachings to all nations—an event referred to as the "Dispersion of the Apostles"   more
11 votes
1 comment
Followers of Jesus - Voter Comments

In monotheism and henotheism, God is conceived as the Supreme Being and principal object of faith. The concept of God as described by theologians commonly includes the attributes of omniscience, omnipotence, omnipresence, omnibenevolence, divine sim... plicity, and eternal and necessary existence. In theism, God is the creator and sustainer of the universe, while in deism, God is the creator, but not the sustainer, of the universe. Monotheism is the belief in the existence of one God or in the oneness of God. In pantheism, God is the universe itself. In atheism, God is purported not to exist, while deemed unknown or unknowable within the context of agnosticism. God has also been conceived as being incorporeal, a personal being, the source of all moral obligation, and the "greatest conceivable existent". Many notable medieval philosophers and modern philosophers have developed arguments for and against the existence of God.There are many names for God, and different names are attached to different cultural ideas about God's identity and attributes   more
1 vote
0 comments
God - Voter Comments
No Comments
Vote & Comment
4

Jesus, also referred to as Jesus of Nazareth, is the central figure of Christianity, whom the teachings of most Christian denominations hold to be the Son of God. Christianity regards Jesus as the awaited Messiah of the Old Testament and refers to h... im as Jesus Christ, a name that is also used in non-Christian contexts.Virtually all modern scholars of antiquity agree that Jesus existed historically, although the quest for the historical Jesus has produced little agreement on the historical reliability of the Gospels and on how closely the biblical Jesus reflects the historical Jesus. Most scholars agree that Jesus was a Jewish rabbi from Galilee who preached his message orally, was baptized by John the Baptist, and was crucified in Jerusalem on the orders of the Roman prefect, Pontius Pilate. Scholars have constructed various portraits of the historical Jesus, which often depict him as having one or more of the following roles: the leader of an apocalyptic movement, Messiah, a charismatic healer, a sage and philosopher, or an egalitarian social reformer   more
0 votes
0 comments
Jesus - Voter Comments
No Comments
Vote & Comment
5

Someone in Jesus's close network of relations.

FreedomBeforeEquality says2015-08-04T11:04:14.6046637Z
Report Post
That council took existing books and compiled them. They didnt write new content (save for the book of romans?), they merely chose what to put in. For them to claim credit for writing it would be some level of plagiarism.

FreedomBeforeEquality says2015-08-20T16:59:44.9517842Z
Report Post
Inspired, yes. And supposedly the only part he directly had written was the commandments. The rest is someones interpretation of natural signs they experienced throughout their lifetimes.

briantheliberal says2015-08-20T22:59:19.2682778Z
Report Post
Inspired, no because he doesn't exist. I'm pretty sure if he did he wouldn't need human beings to copy his word down for him since his followers claim he is "omnipotent".

FreedomBeforeEquality says2015-08-21T18:59:18.9065337Z
Report Post
They dont need to exist in the physical world to have power. The meta-physical has just as much an ability, arguably more even, to inspire than anything found on this earth.