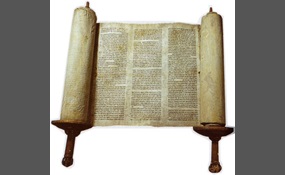 Who most likely wrote the Torah?

Moses was, according to the Hebrew Bible, a former Egyptian prince later turned prophet, religious leader and lawgiver, to whom the authorship of the Torah is traditionally attributed. Also called Moshe Rabbenu in Hebrew, he is the most important pr... ophet in Judaism. He is also an important prophet in Christianity and Islam, as well as a number of other faiths.The existence of Moses as well as the veracity of the Exodus story are disputed among archaeologists and Egyptologists, with experts in the field of biblical criticism citing logical inconsistencies, new archaeological evidence, historical evidence, and related origin myths in Canaanite culture. Other historians maintain that the biographical details and Egyptian background attributed to Moses imply the existence of a historical political and religious leader who was involved in the consolidation of the Hebrew tribes in Canaan towards the end of the Bronze Age.According to the Book of Exodus, Moses was born in a time when his people, the Children of Israel, were increasing in numbers and the Egyptian Pharaoh was worried that they might ally with Egypt's enemies   more
4 votes
1 comment
Moses - Voter Comments

Yahweh, was the national god of the Iron Age kingdoms of Israel and Judah. The name may have originated as an epithet of the god El, head of the Bronze Age Canaanite pantheon, and appears to have been unique to Israel and Judah, although Yahweh may ... have been worshiped south of the Dead Sea at least three centuries before the emergence of Israel. The earliest reference to a deity called "Yahweh" appears in Egyptian texts of the 13th century BC that place him among the Shasu-Bedu of southern Transjordan.In the oldest biblical literature, Yahweh is a typical ancient Near Eastern "divine warrior" who leads the heavenly army against Israel's enemies; he and Israel are bound by a covenant under which Yahweh will protect Israel and, in turn, Israel will not worship other gods. At a later period, Yahweh functioned as the dynastic cult with the royal courts promoting him as the supreme god over all others in the pantheon. Over time, Yahwism became increasingly intolerant of rivals, and the royal court and temple promoted Yahweh as the god of the entire cosmos, possessing all the positive qualities previously attributed to the other gods and goddesses   more
2 votes
1 comment
God - Voter Comments

Someone in Abraham's close network of relations

Ibrahim, known as Abraham in the Old Testament, is recognized in Islam as a prophet and apostle of God and patriarch of many peoples.
0 votes
0 comments
Abraham - Voter Comments
No Comments
Vote & Comment
8

Someone in Moses's close network of relations