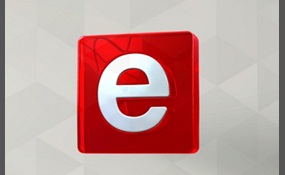 Who really runs the show

Do you think the President is the one calling the shots, or is he just for traditional purposes?

The president has some power

6 votes
1 comment
The president has some power - Voter Comments

The rich elitist run the show

No I dont think he calls the shots

Utah is a state in the United States. It became the 45th state admitted to the Union on January 4, 1896. Utah is the 13th-largest, the 33rd-most populous, and the 10th-least-densely populated of the 50 United States. Utah has a population of about 2... .9 million, approximately 80% of whom live along the Wasatch Front, centering on Salt Lake City. Utah is bordered by Colorado to the east, Wyoming to the northeast, Idaho to the north, Arizona to the south, and Nevada to the west. It also touches a corner of New Mexico in the southeast.Approximately 62% of Utahns are reported to be members of The Church of Jesus Christ of Latter-day Saints or LDS, which greatly influences Utah culture and daily life. The world headquarters of The Church of Jesus Christ of Latter-day Saints is located in Utah's state capital, Salt Lake City. Utah is thus the most religiously homogeneous state, the only state with a Mormon majority, and the only state with a majority population belonging to a single church.The state is a center of transportation, education, information technology and research, government services, mining, and a major tourist destination for outdoor recreation. According to U.S   more
0 votes
0 comments
No I dont think he calls the shots - Voter Comments
No Comments
Vote & Comment
Leave a comment...
(Maximum 900 words)

TheMarquis says2015-05-22T10:39:31.9076304-05:00
Report Post
"Division of Powers" Take a government class or at least look into that term. He has some sway over the country but is not a King. The executive is mainly a head of state and times of emergency guy who works with the legislative on internal and external affairs. He has more than them on external though.
Privacy Policy | Terms of Use
Sitemap | View Desktop Version
©2020 Debate.org. All rights reserved.