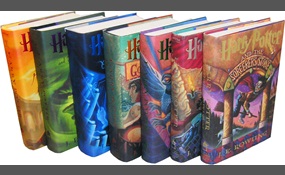 I have only included the main characters, feel free to add any other characters you can think of. :)

Magical creatures comprise a colourful and integral aspect of the fictional wizarding world in the Harry Potter series by J. K. Rowling. Throughout the seven books of the series, Harry and his friends come across many of these creatures on their adv... entures, as well as in the Care of Magical Creatures class at Hogwarts. Rowling has also written Fantastic Beasts and Where to Find Them, a guide to the magical beasts found in the series. Many of these are derived from folklore, primarily Greek mythology, but also British and Scandinavian folklore. Many of the legends surrounding mythical creatures are also incorporated in the books. "Children ... Know that I didn't invent unicorns, but I've had to explain frequently that I didn't actually invent hippogriffs," Rowling told Stephen Fry in an interview for BBC Radio 4. "When I do use a creature that I know is a mythological entity, I like to find out as much as I can about it. I might not use it, but to make it as consistent as I feel is good for my plot."Many pets in the series are ordinary animals with magical properties. Owls, for example, deliver mail   more
2 votes
0 comments
Dobby - Voter Comments
No Comments
Vote & Comment
5