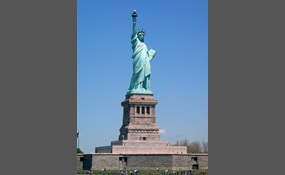 Who should libertarians form an alliance with?

imabench says2015-08-19T18:10:33.5822589Z
Report Post
If they want to win than they should try teaming up with the Democrats since the GOP have been on quite a losing streak over the past 8 years, and this election looks like it will only add to it
Vote & Comment
3

Jimbus says2015-08-20T01:26:43.2406867Z
Report Post
The libertarians are on the right wing side and agree with the conservatives about personal liberty rather than societal liberty. However, they are not afraid to show the liberal side of themselves on issues like immigration and marijuana. It would also be a good idea because with whatever they decide, they are always going to have backing from either side of the political spectrum.
Vote & Comment
4

The Moderates is a regional centrist political party in Italy active above all in Piedmont. The party, whose leader is Giacomo Portas, is part of the centre-left coalition formed around the Democratic Party.The party was launched in January 2006 by ... Portas, a former member of Forza Italia, and was joined by four regional councillors: Giuliano Manolino, Giovanni Pizzale, Mauro Laus and Graziella Valloggia.In the 2007 municipal elections, Moderates scored 4% in both Turin and Cuneo, 8% in Grugliasco and 10% in Moncalieri. In the 2008 general election Portas was elected to the Chamber of Deputies as independent in list of the PD in Piedmont 1 constituency.In 2009 provincial elections Moderates won 2.7% in the Province of Turin, 2.1% in Alessandria, 1.7% in Cuneo and 0.8% in Novara.In the 2010 regional election the party won 3.1% of the vote regionally and 4.1% in the Province of Turin, where Michele Dell'Utri was elected regional councillor.In the 2011 Turin municipal election Moderates garnered a sweeping 9.1% and four councillors, being crucial for the election of Democrat Piero Fassino as mayor   more
1 vote
0 comments
Moderates - Voter Comments
No Comments
Vote & Comment
Leave a comment...
(Maximum 900 words)

TBR says2015-08-19T14:13:29.6322863Z
Report Post
Libertarians has been co-opted by the far right. At this point, what is a libertarian other than a conservative? Holding some principals that align with liberals is terrific and a natural fit, but I just don't see this happening. It is too bad really. If we were talking about what is some of the stated core bits of libertarians it could work well with democrats.

Renegader says2015-08-19T20:59:08.2569047Z
Report Post
There are far left libertarians too that people seem to be forgetting about. Those would be anarcho-socialists. Libertarian isn't synonymous with far right.