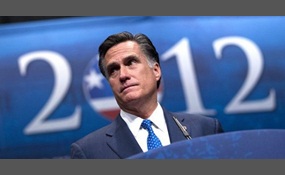 Barack Hussein Obama II (/bəˈrɑːk huːˈseɪn oʊˈbɑːmə/; born August 4, 1961) is the 44th and current President of the United States. He is the first African American to hold the office. Obama served as a U.S. Senator representing the state of Illinois...  from January 2005 to November 2008, when he resigned following his victory in the 2008 presidential election.Born in Honolulu, Hawaii, Obama is a graduate of Columbia University and Harvard Law School, where he was the president of the Harvard Law Review. He was a community organizer in Chicago before earning his law degree. He worked as a civil rights attorney in Chicago and taught constitutional law at the University of Chicago Law School from 1992 to 2004. He served three terms representing the 13th District in the Illinois Senate from 1997 to 2004   more
9 votes
2 comments
Barack Obama - Voter Comments

Ronald Ernest “Ron” Paul is a 10-term Congressman, medical doctor (M.D.), and a 2008 presidential candidate from the U.S. state of Texas. As a Republican, he has represented Texas's 14th congressional district in the U.S. House of Representatives si... nce 1997, and had previously served as the representative from Texas's 22nd district in 1976 and from 1979 to 1985.Congressman Ron Paul advocates the limited role of government, low taxes, free markets, and a return to monetary policies based on commodity-backed currency. He has earned the nickname "Dr. No" for voting against any bill he believes violates the Constitution. In the words of former Treasury Secretary William Simon, Dr. Paul is the "one exception to the Gang of 535" on Capitol Hill. He has never voted to raise taxes or congressional pay; He voted against the Patriot Act and the Iraq War   more
5 votes
2 comments
Ron Paul - Voter Comments

Willard Mitt Romney is an American politician and businessman who was the Republican Party's nominee for President of the United States in the 2012 election. Before his presidential bid, he served as the 70th Governor of Massachusetts from 2003 to 2... 007.Raised in Bloomfield Hills, Michigan, by his parents George and Lenore Romney, Mitt Romney spent two and a half years in France as a Mormon missionary starting in 1966. In 1969 he married Ann Davies, with whom he has had five sons. By 1971, Romney had participated in the political campaigns of both of his parents. In that year, he earned a Bachelor of Arts at Brigham Young and in 1975, a joint Juris Doctor and Master of Business Administration at Harvard. Romney then entered the management consulting industry and in 1977 secured a position at Bain & Company. Later serving as its chief executive officer, he helped lead the company out of financial crisis. In 1984, he cofounded and led the spin-off company Bain Capital, a highly profitable private equity investment firm that became one of the largest of its kind in the nation   more
4 votes
0 comments
Mitt Romney - Voter Comments
No Comments
Vote & Comment
4

Richard John "Rick" Santorum is an American attorney and Republican Party politician. He served as a United States Senator representing Pennsylvania and was the Senate's third-ranking Republican. He ran as a candidate for the 2012 Republican Party p... residential nomination, finishing second to the eventual Republican nominee Mitt Romney.Born in Virginia, Santorum was raised primarily in Butler, Pennsylvania. He obtained an undergraduate degree from Pennsylvania State University, an M.B.A. From the University of Pittsburgh, and a J.D. From the Dickinson School of Law. Santorum worked as an attorney at Kirkpatrick & Lockhart, where he met Karen Garver. They married in 1990, and have seven living children. Santorum was elected to the U.S. House of Representatives to represent Pennsylvania's 18th congressional district in 1990 and later became a member of a group dubbed the "Gang of Seven".Santorum was elected as a United States Senator for Pennsylvania in 1994. He served two terms until losing his re-election bid in 2006. A devout, practicing Catholic, Santorum is a social conservative who opposes same-sex marriage and artificial birth control   more
0 votes
0 comments
Rick Santorum - Voter Comments
No Comments
Vote & Comment
5

Newton Leroy "Newt" Gingrich is an American politician, historian, author and political consultant. He represented Georgia's 6th congressional district as a Republican from 1979 until his resignation in 1999, and served as the 58th Speaker of the U.... S. House of Representatives from 1995 to 1999. Gingrich was a candidate for the 2012 Republican Party presidential nomination.In the 1970s, Gingrich taught history and geography at the University of West Georgia. During this period he ran twice for the United States House of Representatives before winning in November 1978. He served as House Minority Whip from 1989 to 1995.A co-author and architect of the "Contract with America", Gingrich was a major leader in the Republican victory in the 1994 congressional election. In 1995, Time named him "Man of the Year" for "his role in ending the four-decades-long Democratic majority in the House". While he was House speaker, the House enacted welfare reform, passed a capital gains tax cut in 1997, and in 1998 passed the first balanced budget since 1969   more
0 votes
0 comments
Newt Gingrich - Voter Comments
No Comments
Vote & Comment
6

Gary Earl Johnson is an American businessman and politician. He served as the 29th Governor of New Mexico from 1995 to 2003, as a member of the Republican Party and was the Libertarian Party nominee for President of the United States in the 2012 ele... ction. In November 2014 Johnson announced that he would run again for the Libertarian Party presidential nomination in 2016.Born in Minot, North Dakota, Johnson moved with his family to New Mexico in his childhood. While a student at the University of New Mexico in 1974, Johnson sustained himself financially by working as a door-to-door handyman. In 1976 he founded Big J Enterprises, which grew from this one-person venture to become one of New Mexico's largest construction companies. He entered politics for the first time by running for Governor of New Mexico in 1994 on a fiscally conservative, low-tax and anti-crime platform. Johnson won the Republican Party of New Mexico's gubernatorial nomination, and defeated incumbent Democratic governor Bruce King   more
0 votes
0 comments
Gary Johnson - Voter Comments
No Comments
Vote & Comment
7

Jill Ellen Stein is an American physician specializing in internal medicine, and was the nominee of the Green Party for President of the United States in the 2012 election. Stein was a candidate for Governor of Massachusetts in the 2002 and the 2010...  gubernatorial elections.Stein is a resident of Lexington, Massachusetts. She is a graduate of Harvard College and the Harvard Medical School.Stein was endorsed for President in 2012 by Noam Chomsky, a linguist, author and activist, and by Chris Hedges, a Pulitzer Prize-winning journalist and war correspondent, among others   more
0 votes
0 comments
Jill Stein - Voter Comments
No Comments
Vote & Comment
8

Virgil Hamlin Goode, Jr. Is an American politician who served as a member of the United States House of Representatives from 1997 to 2009, first as a Democrat; in 2000 became an independent; in 2002 he switched to the Republican Party.He represented...  the 5th congressional district of Virginia. He lost his seat in the 2008 election to Democrat Tom Perriello. Goode subsequently joined the Constitution Party and was the party's 2012 presidential nominee   more
0 votes
0 comments
Virgil Goode - Voter Comments
No Comments
Vote & Comment
Leave a comment...
(Maximum 900 words)