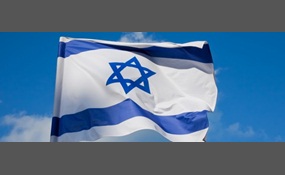 Who was the best prime minister of israel? 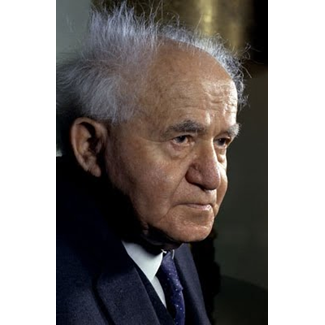 David Ben-Gurion was the primary founder and the first Prime Minister of Israel.Ben-Gurion's passion for Zionism, which began early in life, led him to become a major Zionist leader and Executive Head of the World Zionist Organization in 1946. As head of the Jewish Agency, and later president of the Jewish Agency Executive, he became the de facto leader of the Jewish community in Palestine, and largely led its struggle for an independent Jewish state in The British mandate of Palestine. On 14 May 1948, he formally proclaimed the establishment of the State of Israel, and was the first to sign the Israeli Declaration of Independence, which he had helped to write. Ben-Gurion led Israel during the 1948 Arab–Israeli War, and united the various Jewish militias into the Israel Defense Forces (IDF). Subsequently, he became known as "Israel's founding father".Following the war, Ben-Gurion served as Israel's first Prime Minister. As Prime Minister, he helped build the state institutions, presiding over various national projects aimed at the development of the country. He also oversaw the absorption of vast numbers of Jews from all over the world. 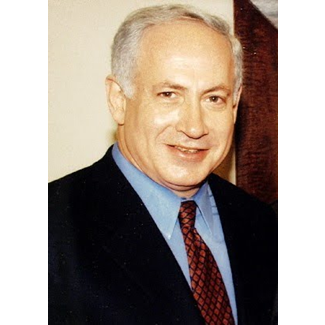 Benjamin "Bibi" Netanyahu is an Israeli politician and the current Prime Minister of Israel. He also currently serves as a member of the Knesset, Chairman of the Likud party and Minister of Public Diplomacy and Diaspora Affairs.Born in Tel Aviv to secular Jewish parents, Netanyahu is the first Israeli prime minister born in Israel after the establishment of the state. Netanyahu joined the Israel Defense Forces during the Six-Day War in 1967, and became a team leader in the Sayeret Matkal special forces unit. He took part in many missions, including Operation Inferno, Operation Gift and Operation Isotope, during which he was shot in the shoulder. He fought on the front lines in the War of Attrition and the Yom Kippur War in 1973, taking part in special forces raids along the Suez Canal, and then leading a commando assault deep into Syrian territory. He was wounded in combat twice. He achieved the rank of captain before being discharged. Netanyahu served as the Israeli ambassador to the United Nations from 1984 to 1988, as a member of the Likud party, and was Prime Minister from June 1996 to July 1999. 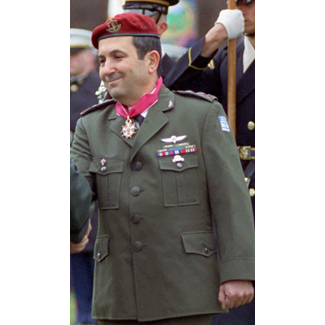 Ehud Barak is an Israeli politician who served as Prime Minister from 1999 to 2001. He was leader of the Labor Party until January 2011. He previously held the posts of Minister of Defense and Deputy Prime Minister in Binyamin Netanyahu's second government from 2009 to 2013.He is a graduate in physics, mathematics, and economics from the Hebrew University of Jerusalem and Stanford University. He served as an officer in the Israel Defense Forces. Following a highly decorated career, he was appointed Chief of General Staff in 1991, serving until 1995. On 26 November 2012 he announced that he would retire from politics after the next election in January 2013. 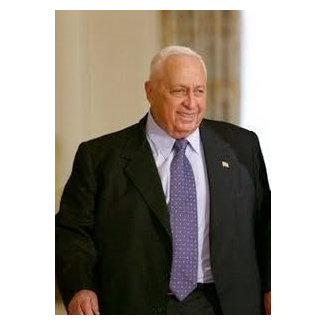 Ariel Sharon was an Israeli politician and general, who served as the 11th Prime Minister of Israel until he was incapacitated by a stroke.Sharon was a commander in the Israeli Army from its creation in 1948. As a soldier and then an officer, he participated prominently in the 1948 War of Independence, becoming a platoon commander in the Alexandroni Brigade and taking part in many battles, including Operation Ben Nun Alef. He was an instrumental figure in the creation of Unit 101, and the Reprisal operations, as well as in the 1956 Suez Crisis, the Six-Day War of 1967, the War of Attrition, and the Yom-Kippur War of 1973. As Minister of Defense, he directed the 1982 Lebanon War.Sharon was considered the greatest field commander in Israel's history, and one of the country's greatest military strategists. After his assault of the Sinai in the Six-Day War and his encirclement of the Egyptian Third Army in the Yom Kippur War, the Israeli public nicknamed him "The King of Israel".Upon retirement, Sharon entered politics, joining the Likud, and served in a number of ministerial posts in Likud-led governments from 1977–92 and 1996–99. 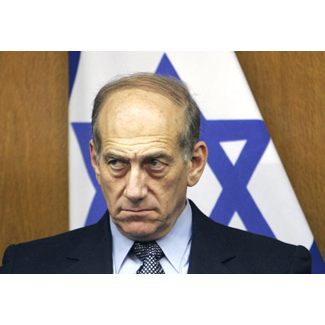 Ehud Olmert is an Israeli politician and lawyer. He served as Prime Minister of Israel from 2006 to 2009 and before that as a cabinet minister from 1988 to 1992 and from 2003 to 2006. Between his first and second stints as a cabinet member, he served as mayor of Jerusalem from 1993 to 2003.In 2003 Olmert was re-elected to the Knesset, and became a cabinet minister and acting prime minister in the government of Prime Minister Ariel Sharon. On 4 January 2006, after Sharon suffered a severe hemorrhagic stroke, Olmert began exercising the powers of the office of Prime Minister. Olmert led Kadima to a victory in the March 2006 elections, and continued on as Acting Prime Minister. On 14 April, two weeks after the election, Sharon was declared permanently incapacitated, allowing Olmert to legally become Interim Prime Minister. Less than a month later, on 4 May, Olmert and his new, post-election government were approved by the Knesset, thus Olmert officially became prime minister of Israel.Olmert and his government enjoyed healthy relations with the Fatah-led Palestinian National Authority, which culminated in November 2007 at the Annapolis Conference. 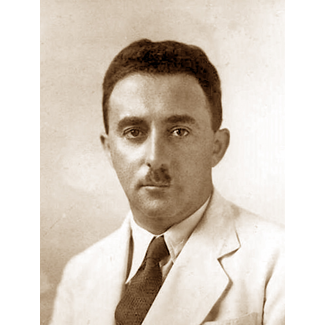 Moshe Sharett was the second Prime Minister of Israel, serving for a little under two years between David Ben-Gurion's two terms. 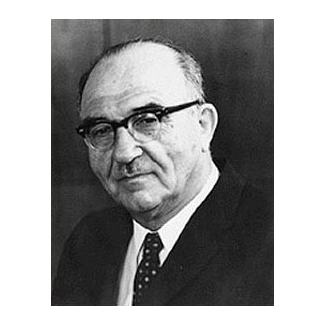 Levi Eshkol served as the third Prime Minister of Israel from 1963 until his death from a heart attack in 1969. He was the first Israeli Prime Minister to die in office. 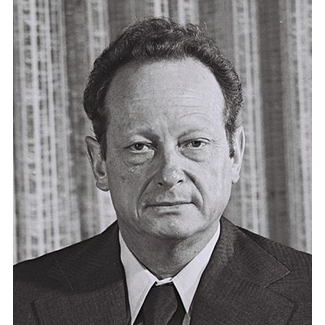 Yigal Allon was an Israeli politician, a commander of the Palmach, and a general in the IDF. He served as one of the leaders of Ahdut HaAvoda party and the Israeli Labor party, and acting Prime Minister of Israel. He was a Knesset member and government minister from the third Knesset through the ninth. 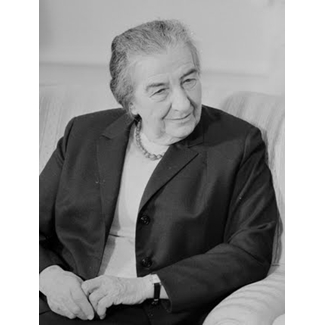 Golda Meir was an Israeli teacher, kibbutznik, politician and the fourth Prime Minister of Israel.Meir was elected Prime Minister of Israel on March 17, 1969, after serving as Minister of Labour and Foreign Minister. Israel's first and the world's fourth woman to hold such an office, she was described as the "Iron Lady" of Israeli politics years before the epithet became associated with British Prime Minister Margaret Thatcher. Former Prime Minister David Ben-Gurion used to call Meir "the best man in the government"; she was often portrayed as the "strong-willed, straight-talking, grey-bunned grandmother of the Jewish people".Meir resigned as prime minister in 1974, the year following the Yom Kippur War. She died in 1978 of lymphoma. 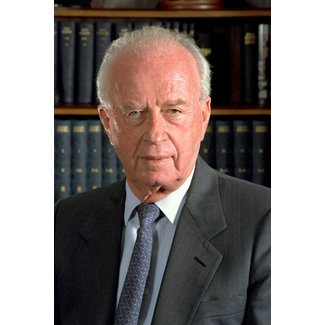 Yitzhak Rabin was an Israeli politician, statesman and general. He was the fifth Prime Minister of Israel, serving two terms in office, 1974–77 and 1992 until his assassination in 1995.Rabin was raised in a Labor Zionist household. He learned agriculture in school and excelled as a student.Rabin led a 27-year career as a soldier. As a teenager he joined the Palmach, the commando force of the Yishuv. He eventually rose through its ranks to become its chief of operations during Israel's War of Independence. He joined the newly formed Israel Defense Forces in late 1948 and continued to rise as a promising officer. He helped shape the training doctrine of the IDF in the early 1950s, and led the IDF's Operations Directorate from 1959–1963. He was appointed Chief of the General Staff in 1964 and oversaw Israel's decisive victory in the 1967 Six-Day War.Rabin served as Israel's ambassador to the United States from 1968–1973, during a period of deepening U.S.–Israel ties.He was appointed Prime Minister of Israel in 1974, after the resignation of Golda Meir. In his first term, Rabin signed the Sinai Interim Agreement and ordered the Entebbe raid. 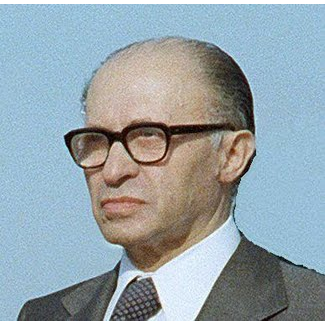 Menachem Begin was an Israeli politician, founder of Likud and the sixth Prime Minister of the State of Israel. Before the creation of the state of Israel, he was the leader of the Zionist militant group Irgun, the Revisionist breakaway from the larger Jewish paramilitary organization Haganah. He proclaimed a revolt, on 1 February 1944, against the British mandatory government, which was opposed by the Jewish Agency. As head of the Irgun, he targeted the British in Palestine.Begin was elected to the first Knesset, as head of Herut, the party he founded, and was at first on the political fringe, embodying the opposition to the Mapai-led government and Israeli establishment. He remained in opposition in the eight consecutive elections, but became more acceptable to the political center. His 1977 electoral victory and premiership ended three decades of Labor Party political dominance.Begin’s most significant achievement as Prime Minister was the signing of a peace treaty with Egypt in 1979, for which he and Anwar Sadat shared the Nobel Prize for Peace. 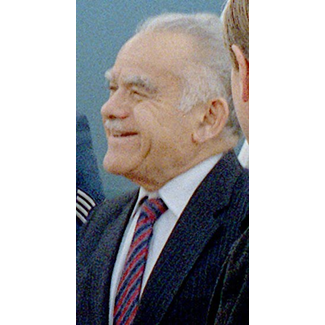 Yitzhak Shamir (help·info) (Hebrew: יצחק שמיר‎, born Icchak Jaziernicki; 15 October 1915 - 30 June 2012) was a former Israeli politician, the seventh Prime Minister of Israel, in 1983–84 and 1986–92. Shamir was born in Ruzhany (Yiddish: Rozhinoy, Polish: Różana), Russian Empire (now Belarus). He studied at a Hebrew High School in Białystok, Poland. As a youth he joined Betar, the Revisionist Zionist youth movement. He studied at the law faculty of Warsaw University, but cut his studies short to immigrate to what was then the British Mandate of Palestine. In 1935, after settling in Palestine, he Hebraized his surname to Shamir. In 1944 he married Shulamit Shamir (1923 – July 29, 2011),[1] whom he met in a detention camp. Shulamit immigrated to Mandate Palestine from Bulgaria on a rickety boat in 1941 and was sent to prison because she entered the country illegally. They had two children, Yair and Gilada.[2] Shulamit died on July 29, 2011.[3] 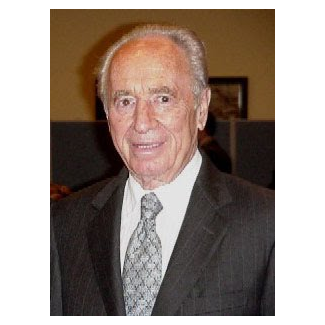 Shimon Peres is a Polish-born Israeli statesman. He was the ninth President of Israel from 2007 to 2014. Peres served twice as the Prime Minister of Israel and twice as Interim Prime Minister, and he was a member of 12 cabinets in a political career spanning over 66 years. Peres was elected to the Knesset in November 1959 and, except for a three-month-long hiatus in early 2006, served continuously until 2007, when he became President.He held several diplomatic and military positions during and directly after Israel's War of Independence. His first high-level government position was as Deputy Director-General of Defense in 1952, and Director-General from 1953 until 1959. During his career, he has represented five political parties in the Knesset: Mapai, Rafi, the Alignment, Labor and Kadima, and has led Alignment and Labor. Peres won the 1994 Nobel Peace Prize together with Yitzhak Rabin and Yasser Arafat for the peace talks that he participated in as Israeli Foreign Minister, producing the Oslo Accords.