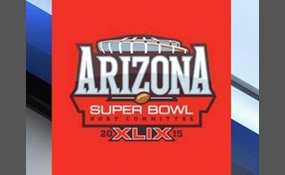 I added the "good" teams, because the chances are higher for them to.

The Denver Broncos are a professional American football team based in Denver, Colorado. They are members of the West Division of the American Football Conference in the National Football League. The Broncos began play in 1960 as a charter member of ... the American Football League and joined the NFL as part of the AFL–NFL merger of 1970. The Broncos are owned by Pat Bowlen, and coached by John Fox. The Broncos have played at Sports Authority Field at Mile High since 2001, after previously playing at Mile High Stadium from 1960–2000.The Broncos were barely competitive during their 10-year run in the AFL and their first seven years in the NFL, never making the playoffs. They did not have a winning season until 1973. Four years later, in 1977, they made the playoffs for the first time in franchise history and advanced to Super Bowl XII. Since then, the Broncos have become one of the NFL's more successful teams, having suffered only six losing seasons in 36 years. They have won seven AFC Championships and two Super Bowls, and have four players in the Pro Football Hall of Fame: John Elway, Floyd Little, Gary Zimmerman, and Shannon Sharpe   more
3 votes
0 comments
Denver Broncos - Voter Comments
No Comments
Vote & Comment
2
VOTING CLOSED

The San Francisco 49ers are a professional American football team located in the San Francisco Bay Area playing in the West Division of the National Football Conference in the National Football League. The team was founded in 1946 as a charter membe... r of the All-America Football Conference and joined the NFL in 1949 after the two leagues merged. The team plays its home games at Levi's Stadium in Santa Clara, California, near its headquarters.The 49ers are known for having one of the NFL's greatest dynasties, winning five Super Bowl championships in just 14 years, between 1981 and 1994, with four of those championships in the 1980s. The Super Bowl teams were led by Hall of Famers Joe Montana, Jerry Rice, Ronnie Lott, Steve Young, and coach Bill Walsh. With five Super Bowl wins, the 49ers are tied with rivals Dallas Cowboys for the second-most Super Bowl wins. The 49ers won the most regular season NFL games in both the 1980s and 1990s.The name "49ers" comes from the name given to the gold prospectors who arrived in Northern California around 1849 during the California Gold Rush. The name was suggested to reflect the voyagers who had rushed the West for gold   more
2 votes
0 comments
San Francisco 49ers - Voter Comments
No Comments
Vote & Comment
3
VOTING CLOSED

The New England Patriots are a professional American football team based in the Greater Boston area. The Patriots play their home games at Gillette Stadium in the town of Foxborough, Massachusetts. The team is part of the East Division of the Americ... an Football Conference in the National Football League. An original member of the American Football League, the Patriots joined the NFL in the 1970 merger of the two leagues. The team changed its name from the original Boston Patriots after relocating to Foxborough in 1971, although Foxborough is a suburb 22 miles away from downtown Boston.Since the arrival of current head coach Bill Belichick in 2000, the Patriots became one of the most successful teams in NFL history. They are third in appearances in a Super Bowl with seven, and have the most appearances in the last 25 years. They have won all but two AFC East titles since 2001, and have not had a losing season since 2000. Before Belichick arrived, the Patriots had only notched consecutive playoff appearances twice in their history. Between 2001–2010, the Patriots set a record for most wins in a decade; they broke their own record in 2011, and again in 2012   more
1 vote
0 comments
New England Patriots - Voter Comments
No Comments
Vote & Comment
4
VOTING CLOSED

The Indianapolis Colts are an American football team based in Indianapolis, Indiana; they play their games in Lucas Oil Stadium. The team is a member of the South Division of the American Football Conference in the National Football League.The Colts...  were members of the National Football League from their founding and were one of three teams to switch to the AFC following the 1970 merger. While in Baltimore the team advanced to the postseason ten times and won three NFL Championship games in 1958, 1959 and 1968. The Colts had two Super Bowl appearances while in Baltimore, losing to the New York Jets in Super Bowl III, while defeating the Dallas Cowboys in Super Bowl V. The Colts moved to Indianapolis in 1984 and have since appeared in the playoffs fourteen times, with two conference championships. The Colts have had two Super Bowl appearances while in Indianapolis and one Super Bowl championship coming against the Chicago Bears in Super Bowl XLI   more
0 votes
0 comments
Indianapolis Colts - Voter Comments
No Comments
Vote & Comment
5
VOTING CLOSED

The Green Bay Packers are an American football team based in Green Bay, Wisconsin. They are members of the North Division of the National Football Conference in the National Football League. Green Bay is the third-oldest franchise in the NFL, having...  been organized and playing in 1919. The Packers are the only non-profit, community-owned major league professional sports team in the United States.The Packers are the last vestige of "small town teams" that were once common in the NFL during the 1920s and 1930s. Founded in 1919 by Earl "Curly" Lambeau and George Whitney Calhoun, the Green Bay Packers can trace their lineage to other semi-professional teams in Green Bay dating back to 1896. In 1919 and 1920 the Packers competed as a semi-professional football team against clubs from around Wisconsin and the Midwest. They joined the American Professional Football Association in 1921, the forerunner to what is known today as the National Football League. Although Green Bay is by far the smallest professional sports market in North America, its local fan base and media extends into nearby Milwaukee; the team also played selected home games there between 1933 and 1994   more
0 votes
0 comments
Green Bay Packers - Voter Comments
No Comments
Vote & Comment
6
VOTING CLOSED

The New Orleans Saints are an American professional football franchise based in New Orleans, Louisiana. They are currently members of the Southern Division of the National Football Conference of the National Football League. The team was founded by ... John W. Mecom, Jr. And David Dixon and the city of New Orleans. The Saints began play at Tulane Stadium in 1967.The name "Saints" is an allusion to November 1 being All Saints Day in the Catholic faith, New Orleans' large Catholic population, and the spiritual When the Saints Go Marching In, which is strongly associated with New Orleans. The team's primary colors are old gold and black; their logo is a simplified fleur-de-lis. They played their home games in Tulane Stadium through the 1974 NFL season. The following year, they moved to the new Louisiana Superdome.For most of their first 20 years, the Saints were barely competitive, only getting to .500 twice. In 1987, they finished 12–3 and made the playoffs for the first time in franchise history, but lost to the Minnesota Vikings 44–10. The next season of 1988 would end with a 10–6 record, proving that the Saints were a competitive team, and that 1987 was not a fluke   more
0 votes
0 comments
New Orleans Saints - Voter Comments
No Comments
Vote & Comment
7
VOTING CLOSED

The Seattle Seahawks are a professional American football franchise in the National Football League based in Seattle, Washington. They are members of the NFC West division of the National Football Conference. The Seahawks joined the NFL in 1976 as a... n expansion team along with the Tampa Bay Buccaneers. The Seahawks are owned by Paul Allen, co-founder of Microsoft, and are currently coached by Pete Carroll. Since 2002 the Seahawks have played their home games at CenturyLink Field near downtown Seattle after previously playing home games in the Kingdome and Husky Stadium.The Seahawks are the only NFL franchise located in the Pacific Northwest region of North America and thus attract support from a wide geographical area, including Oregon, Montana, Idaho, and Alaska, as well as Canadian fans in British Columbia and Alberta.Seahawks fans are known collectively as the "12th Man". The Seahawks' fans have twice set, and currently hold, the Guinness World Record for the loudest crowd noise at a sporting event. On December 2, 2013, during a Monday Night Football game against the New Orleans Saints at CenturyLink Field, the Seahawks' crowd was measured at 137.6 dBs   more
0 votes
0 comments
Seattle Seahawks - Voter Comments
No Comments
Vote & Comment
Leave a comment...
(Maximum 900 words)