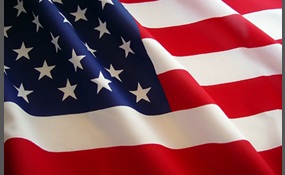 Who will you vote for in the upcoming US election? (FIXED)

Abraham Lincoln was the 16th president of the United States, serving from March 1861 until his assassination in April 1865. Lincoln led the United States through its Civil War—its bloodiest war and its greatest moral, constitutional and political cr... isis. In doing so, he preserved the Union, abolished slavery, strengthened the federal government, and modernized the economy.Reared in a poor family on the western frontier, Lincoln was a self-educated lawyer in Illinois, a Whig Party leader, state legislator during the 1830s. Lincoln was elected to Congress in 1846, where he promoted rapid modernization of the economy through banks, tariffs, and railroads. He had originally agreed not to run for a second term and his opposition to the Mexican–American War was unpopular among the voters. He returned to Springfield and concentrated on his successful law practice throughout central Illinois. He returned to politics in 1854, and was a leader in building up the new Republican Party, which was had a statewide majority. After a series of highly publicized debates in 1858, during which Lincoln spoke out against the expansion of slavery, he lost the U.S   more
6 votes
0 comments
Abraham Lincoln - Voter Comments
No Comments
Vote & Comment
2

John Cabell Breckinridge was a lawyer and politician from the U.S. state of Kentucky. He represented the Commonwealth in both houses of Congress and in 1857, became the 14th and youngest-ever Vice President of the United States. Serving in the U.S. ... Senate at the outbreak of the Civil War, he was expelled after joining the Confederate Army. He remains the only Senator of the United States convicted of treason against the United States of America by the Senate. He was appointed Confederate Secretary of War late in the war. A member of the Breckinridge family, he was the grandson of U.S. Attorney General John Breckinridge, son of Kentucky Secretary of State Cabell Breckinridge and father of Arkansas Congressman Clifton R. Breckinridge.After non-combat service in the Mexican–American War, Breckinridge was elected as a Democrat to the Kentucky House of Representatives in 1849 where he took a states' rights position against legal interference with slavery. Elected to the U.S. House of Representatives in 1851, he allied with Stephen A. Douglas in support of the Kansas–Nebraska Act. After reapportionment in 1854 made his re-election unlikely, he declined to run for another term   more
0 votes
0 comments
John C. Breckinridge - Voter Comments
No Comments
Vote & Comment
3

John Bell was an American politician, attorney, and plantation owner. One of Tennessee's most prominent antebellum politicians, he served in the House of Representatives from 1827 to 1841, and in the Senate from 1847 to 1859. He was Speaker of the H... ouse for the 23rd Congress, and briefly served as Secretary of War during the administration of William Henry Harrison. In 1860, he ran for president as the candidate for the Constitutional Union Party, a third party which took a neutral stance on the issue of slavery.Initially an ally of Andrew Jackson, Bell turned against Jackson in the mid-1830s and aligned himself with the Whig Party, a shift which earned him the nickname, "The Great Apostate." He consistently battled Jackson's allies, namely James K. Polk, over issues such as the national bank and the election spoils system. Following the death of Hugh Lawson White in 1840, Bell became the acknowledged leader of Tennessee's Whigs.Although a slaveowner, Bell was one of the few southern politicians to oppose the expansion of slavery in the 1850s, and campaigned vigorously against secession in the years leading up to the American Civil War   more
0 votes
0 comments
John Bell - Voter Comments
No Comments
Vote & Comment
4

Stephen Arnold Douglas was an American politician from Illinois and the designer of the Kansas–Nebraska Act. He was a U.S. Representative, a U.S. Senator, and the Democratic Party nominee for President in the 1860 election, losing to Republican Abra... ham Lincoln. Douglas had previously defeated Lincoln in a Senate contest, noted for the famous Lincoln-Douglas debates of 1858. He was nicknamed the "Little Giant" because he was short in physical stature, but a forceful and dominant figure in politics.Douglas was well known as a resourceful party leader, and an adroit, ready, skillful tactician in debate and passage of legislation. He was a champion of the Young America movement which sought to modernize politics and replace the agrarian and strict constructionist orthodoxies of the past. Douglas was a leading proponent of democracy, and believed in the principle of popular sovereignty: that the majority of citizens should decide contentious issues such as slavery and territorial expansion. As chairman of the Committee on Territories, Douglas dominated the Senate in the 1850s   more
0 votes
0 comments
Stephen A. Douglas - Voter Comments
No Comments
Vote & Comment
Leave a comment...
(Maximum 900 words)