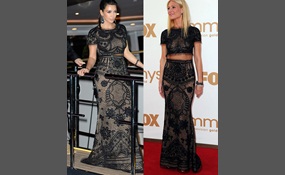 Who Wore It Better.

The black dress shirt that is buttoned up all the way up is what I am referring to. 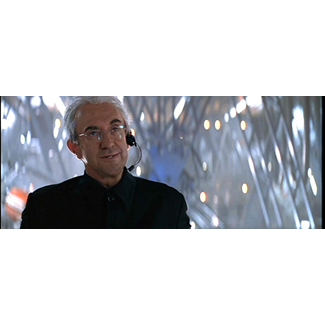 All of the villains have worn it at least once. Aside from Dr No, and Gold finger. 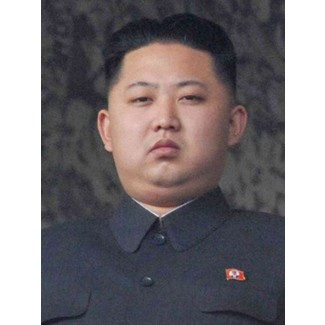 Kim Jong-un is the supreme leader of the Democratic People's Republic of Korea. He is the son of Kim Jong-il and the grandson of Kim Il-sung. He has held the titles of the First Secretary of the Workers' Party of Korea, the Chairman of the Central Military Commission, First Chairman of the National Defence Commission of North Korea, the Supreme Commander of the Korean People's Army, and presidium member of the Politburo of the Workers' Party of Korea. He was officially declared the supreme leader following the state funeral for his father on 28 December 2011. He is the third and youngest son of Kim Jong-il and his consort Ko Young-hee.From late 2010, Kim Jong-un was viewed as heir apparent to the leadership of the nation, and following his father's death, he was announced as the "Great Successor" by North Korean state television. At Kim Jong-il's memorial service, North Korean Chairman of the Supreme People's Assembly Kim Yong-nam declared that "Respected Comrade Kim Jong-un is our party, military and country's supreme leader who inherits great comrade Kim Jong-il's ideology, leadership, character, virtues, grit and courage". 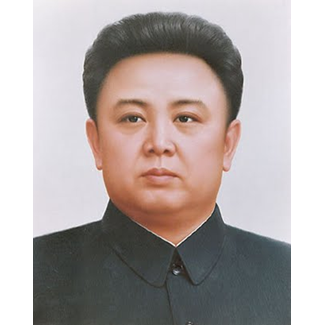 Kim Jong-il was the Supreme Leader of the Democratic People's Republic of Korea, commonly referred to as North Korea, from 1994 to 2011. He succeeded his father and founder of the DPRK, Kim Il-sung, following the elder Kim's death in 1994. Kim Jong-il was the General Secretary of the Workers' Party of Korea, Chairman of the National Defence Commission of North Korea, and the Supreme Commander of the Korean People's Army, the fourth-largest standing army in the world.In April 2009, North Korea's constitution was amended to officially refer to him as the "Supreme Leader of the DPRK". The most common colloquial title given to him during his reign was "The Dear Leader" to distinguish him from his father Kim Il-sung, "The Great Leader". The North Korean government announced his death on 19 December 2011, whereupon his third son, Kim Jong-un, was promoted to a senior position in the ruling Workers' Party and succeeded him. After his death, he was designated as the "Eternal General Secretary" of the Worker's Party of Korea and the Eternal Chairman of the National Defence Commission, in keeping with the tradition of establishing eternal posts for the dead members of the Kim dynasty. 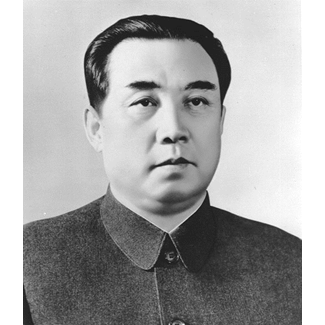 Kim Il-sung was the leader of the Democratic People's Republic of Korea, commonly referred to as North Korea, from its establishment in 1948 until his death in 1994. He held the posts of Prime Minister from 1948 to 1972 and President from 1972 to his death. He was also the leader of the Workers' Party of Korea from 1949 to 1994. He authorized the invasion of South Korea in 1950, triggering a defense of South Korea by the United Nations led by the United States. A cease-fire in the Korean War was signed on 27 July 1953.His tenure as leader of North Korea was autocratic, and he established an all-pervasive cult of personality around himself. From the mid-1960s, he promoted his Juche variant of communism, which gradually replaced Marxism–Leninism as the ideology of the state.His son Kim Jong-il became his formal successor at the 6th WPK Congress, and succeeded him in 1994. The North Korean government refers to Kim Il-sung as "The Great Leader" and he is designated in the North Korean constitution as the country's "Eternal President". His birthday is a public holiday in North Korea and is called the "Day of the Sun".