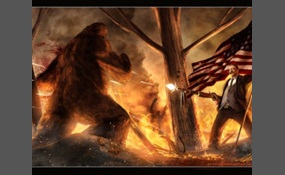 Who would win in a war. USA or all G-20 countries

Kreakin says2014-07-19T05:48:01.6316323-05:00
Report Post
Given America would be fighting some of it's economic and NATO allies in this scenario it would be a disaster for them. Likely millions of people would starve on both sides, then anyone not killed in conflict at the end could argue as to who won whilst living in a mud hut knapping flint.
Vote & Comment
3

The "Alien" is a fictional endoparasitoid extraterrestrial species that is the primary antagonist of the Alien film series. The species made its debut in the film Alien, and reappeared in the sequels Aliens, Alien 3, and Alien Resurrection, as well ... as the crossover franchise Alien vs. Predator and Aliens vs. Predator: Requiem. A similar creature of a slightly different design also briefly appears in the Ridley Scott film Prometheus. In addition, the Alien appears in various literature and video game spin-offs from the franchises.Unlike many other recurring enemy extraterrestrial races in science fiction, the Aliens do not have a technological civilization, but are predatory creatures with no higher goals than the propagation of their species and the destruction of life that could pose a threat. Like wasps or termites, Aliens are eusocial, with a single fertile queen breeding a caste of warriors. The Aliens' biological life cycle involves traumatic implantation of parasitic larvae inside living hosts, which mature before erupting from the host's chest   more
2 votes
1 comment
Xenomorph - Voter Comments

We can't destroy america, so the g-20 countries just block it off like it is north korea
0 votes
0 comments
Draw - Voter Comments
No Comments
Vote & Comment
8

There can only be one

0 votes
0 comments
There can only be one - Voter Comments
No Comments
Vote & Comment
Leave a comment...
(Maximum 900 words)