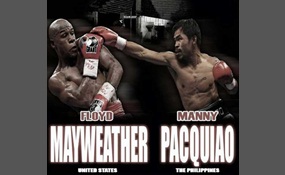 Who would win in the boxing mega fight mayweather or pacquiao?

Both really talented fighters but who is better? 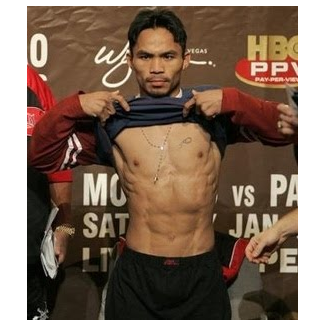 Emmanuel "Manny" Dapidran Pacquiao, PLH is a Filipino professional boxer and politician. He is the first and only eight-division world champion, in which he has won ten world titles, as well as the first to win the lineal championship in four different weight classes. According to Forbes, he was the 14th highest paid athlete in the world as of 2013.He was named "Fighter of the Decade" for the 2000s by the Boxing Writers Association of America, World Boxing Council and World Boxing Organization. He is also a three-time The Ring and BWAA "Fighter of the Year," winning the award in 2006, 2008 and 2009, and the Best Fighter ESPY Award in 2009 and 2011.He is the current WBO welterweight champion and is currently ranked number four on The Ring pound-for-pound list.He was long rated as the best pound-for-pound boxer in the world by some sporting news and boxing websites, including ESPN, Sports Illustrated, Sporting Life, Yahoo! Sports, About.Com, BoxRec and The Ring. In April 2012, Pacquiao dropped from being number one pound for pound to sharing the spot with Floyd Mayweather jr in the rankings, after Manny lost a controversial decision with Timothy Bradley. 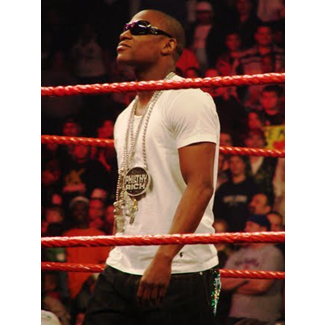 Floyd Mayweather, Jr. Is an American professional boxer. He is currently undefeated as a professional and is a five-division world champion, having won ten world titles and the lineal championship in four different weight classes. Mayweather is a two-time Ring magazine Fighter of the Year; he also won the Boxing Writers Association of America Fighter of the Year award in 2007 and the Best Fighter ESPY Award in 2007, 2008, 2010, 2012 and 2013.Mayweather is the WBC welterweight champion, WBA super welterweight champion, WBC Super welterweight champion, recipient of the WBC diamond super welterweight belt, current Ring #1 ranked welterweight, and Ring #1 ranked junior middleweight. He is also rated as the best pound-for-pound boxer in the world by many sporting news and boxing websites, including Ring, Sports Illustrated, ESPN, BoxRec, Fox Sports, and Yahoo! Sports. Mayweather topped the Forbes and Sports Illustrated lists of the 50 highest-paid athletes of 2012 2013 and recently the Forbes 2014 list currently making Mayweather the highest paid athlete in the world.