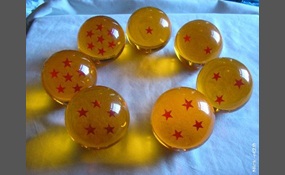 If we're talking chronologically, at his peak, Alucard merged with Schrodinger's Cat, and after some 30 years of killing all of the souls he had absorbed previously, he returned. Now, he's everywhere, in every possibility and literally unkillable. A... s in it is physically impossible to kill him(lest you somehow make him unaware of who he is) with any means. In my humble opinion Alucard is the most powerful character in the whole of Anime/Mangadom   more
0 votes
0 comments
Alucard - Voter Comments
No Comments
Vote & Comment
8

YamaVonKarma says2014-07-06T23:05:05.6525286-05:00
Report Post
"In the what-if fight between Vegito and Gogeta in the video game Dragon Ball: Raging Blast, Old Kai, the character who introduced the Potara Fusion in the series, states that Super Vegito is stronger than Super Gogeta and will defeat him."

lifemeansevolutionisgood says2014-07-07T13:16:15.9762375-05:00
Report Post
And was defeated by non-fusions time and time again. I don't even have to go to non-canon appearances to know that Gotenks, Vegito, and Gogeta are stronger than he is.
Privacy Policy | Terms of Use
Sitemap | View Desktop Version
©2021 Debate.org. All rights reserved.