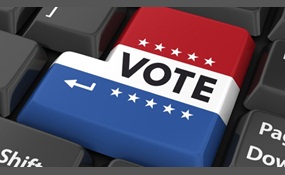 Who would you vote for for president?

In the 2016 presidential election, if these were the nominees from each party, which would you vote for? (Please only vote if you are an American)

Hillary Diane Rodham Clinton is a former United States Secretary of State, U.S. Senator, and First Lady of the United States. From 2009 to 2013, she was the 67th Secretary of State, serving under President Barack Obama. She previously represented Ne... w York in the U.S. Senate. Before that, as the wife of President Bill Clinton, she was First Lady from 1993 to 2001. In the 2008 election, Clinton was a leading candidate for the Democratic presidential nomination.A native of Illinois, Hillary Rodham was the first student commencement speaker at Wellesley College in 1969 and earned a J.D. From Yale Law School in 1973. After a brief stint as a Congressional legal counsel, she moved to Arkansas and married Bill Clinton in 1975. Rodham cofounded Arkansas Advocates for Children and Families in 1977. In 1978, she became the first female chair of the Legal Services Corporation, and in 1979, the first female partner at Rose Law Firm. The National Law Journal twice listed her as one of the hundred most influential lawyers in America. As First Lady of Arkansas from 1979 to 1981 and 1983 to 1992 with her husband as Governor, she led a task force that reformed Arkansas's education system   more
12 votes
2 comments
Hillary Rodham Clinton - Voter Comments

FreedomBeforeEquality says2015-06-18T10:05:34.5049714-05:00
Report Post
No fake sob stories as part of his campaign though. He does't have a bunch of campaign donors to blow after he'd be in office either. Alot less corruptible imo. Rich as hell and doesn't care about sucking up to the rich oligarchs of the country. He's actually in direct competition with them ... Which is kinda cool.
Privacy Policy | Terms of Use
Sitemap | View Desktop Version
©2020 Debate.org. All rights reserved.