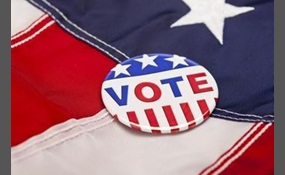 Who would you vote for president?

Randal Howard "Rand" Paul is an American politician and a former ophthalmologist who serves as the junior United States Senator for Kentucky, in office since 2011. He is a member of the Republican Party and the son of former U.S. Representative and ... presidential candidate Ron Paul of Texas.A graduate of the Duke University School of Medicine, Paul began practicing ophthalmology in Bowling Green, Kentucky in 1993 and established his own clinic in December 2007. He became active in politics and founded Kentucky Taxpayers United in 1994, of which he is still chairman. He first received national attention in 2008 when making political speeches on behalf of his father, who was campaigning for the Republican Party's nomination for president. In 2010, Paul ran for the U.S. Senate seat being vacated by retiring Senator Jim Bunning of Kentucky, defeating Kentucky Secretary of State Trey Grayson in the Republican primary. He subsequently defeated the Democratic nominee, Kentucky Attorney General Jack Conway, in the general election   more
9 votes
2 comments
Rand Paul - Voter Comments

stephanr says2015-04-03T20:46:49.6557987-05:00
Report Post
I am voting for Bugs Bunny as well way better than thee worthless piece of lying crap we have now and the worst person in american history mentioned above Clinton
Vote & Comment
2

Hillary Diane Rodham Clinton is a former United States Secretary of State, U.S. Senator, and First Lady of the United States. From 2009 to 2013, she was the 67th Secretary of State, serving under President Barack Obama. She previously represented Ne... w York in the U.S. Senate. Before that, as the wife of President Bill Clinton, she was First Lady from 1993 to 2001. In the 2008 election, Clinton was a leading candidate for the Democratic presidential nomination.A native of Illinois, Hillary Rodham was the first student commencement speaker at Wellesley College in 1969 and earned a J.D. From Yale Law School in 1973. After a brief stint as a Congressional legal counsel, she moved to Arkansas and married Bill Clinton in 1975. Rodham cofounded Arkansas Advocates for Children and Families in 1977. In 1978, she became the first female chair of the Legal Services Corporation, and in 1979, the first female partner at Rose Law Firm. The National Law Journal twice listed her as one of the hundred most influential lawyers in America. As First Lady of Arkansas from 1979 to 1981 and 1983 to 1992 with her husband as Governor, she led a task force that reformed Arkansas's education system   more
7 votes
4 comments
Hillary Rodham Clinton - Voter Comments

Rafael Edward "Ted" Cruz is the junior United States Senator from Texas. Elected in 2012, he is the first Cuban American or Latino to hold the office of US Senator from Texas. Cruz is a member of the Republican Party. He served as Solicitor General ... of Texas from 2003 to May 2008, after being appointed by Texas Attorney General Greg Abbott. Between 1999 and 2003, Cruz served as the director of the Office of Policy Planning at the Federal Trade Commission, an Associate Deputy Attorney General at the United States Department of Justice, and as Domestic Policy Advisor to U.S. President George W. Bush on the 2000 Bush-Cheney campaign. Cruz was also an Adjunct Professor of Law at the University of Texas School of Law in Austin, where he taught U.S. Supreme Court litigation, from 2004 to 2009.Cruz was the Republican nominee for the Senate seat vacated by fellow Republican Kay Bailey Hutchison. On July 31, 2012, he defeated Lieutenant Governor David Dewhurst in the Republican primary runoff, 57–43. Cruz defeated the Democrat, former state Representative Paul Sadler, in the general election held on November 6, 2012; he prevailed with 56–41 over Sadler   more
2 votes
0 comments
Ted Cruz - Voter Comments
No Comments
Vote & Comment
5

Bernard "Bernie" Sanders is an American politician and the junior United States Senator from Vermont. Before serving in the Senate, he represented Vermont's at-large congressional district in the United States House of Representatives and served as ... mayor of Burlington, the largest city in Vermont. Sanders is a self-described democratic socialist, and has praised Scandinavian-style social democracy.Sanders runs for office as an independent but caucuses with the Democratic Party and is counted as a Democrat for purposes of committee assignments. He was the only independent member of the House during most of his service and is the longest-serving independent in U.S. Congressional history.In an interview with The Nation on March 6, 2014, Sanders stated that he is "prepared to run for President of the United States" in 2016   more
1 vote
0 comments
Bernie Sanders - Voter Comments
No Comments
Vote & Comment
6

Elizabeth Ann Warren is an American academic and politician, who is the senior United States Senator from Massachusetts and a member of the Democratic Party. She was previously a Harvard Law School professor specializing in bankruptcy law. Warren is...  an active consumer protection advocate whose work led to the conception and establishment of the U.S. Consumer Financial Protection Bureau. She has written a number of academic and popular works, and is a frequent subject of media interviews regarding the American economy and personal finance.In the wake of the 2008 financial crisis, Warren served as chair of the Congressional Oversight Panel created to oversee the Troubled Asset Relief Program. She later served as Assistant to the President and Special Advisor to the Secretary of the Treasury for the Consumer Financial Protection Bureau under President Barack Obama. In the late 2000s, she was recognized by publications such as the National Law Journal and the Time 100 as an increasingly influential public policy figure.In September 2011, Warren announced her candidacy for the U.S. Senate, challenging Republican incumbent Scott Brown   more
0 votes
0 comments
Elizabeth Warren - Voter Comments
No Comments
Vote & Comment
7

John Ellis "Jeb" Bush served as the 43rd Governor of Florida from 1999 to 2007. He is the second son of former President George H. W. Bush and former First Lady Barbara Bush, and is the younger brother of former President George W. Bush. Jeb Bush is...  the only Republican to serve two full four-year terms as Governor of Florida.Bush grew up in Houston, Texas. He attended the University of Texas, where he earned a degree in Latin American affairs. Following his father's successful run for Vice President in 1980, he moved to Florida. In 1986, Bush was named Florida's Secretary of Commerce, a position he held until resigning in 1988 to help his father's successful campaign for the Presidency.In 1994, Bush made his first run for office, narrowly losing the election for governor by less than two percentage points to the incumbent Lawton Chiles. Bush ran again in 1998 and beat Lieutenant Governor Buddy MacKay with 55 percent of the vote. He ran for reelection in 2002, and won with 56 percent, to become Florida's first two-term Republican Governor   more
0 votes
0 comments
Jeb Bush - Voter Comments
No Comments
Vote & Comment
8

Marco Antonio Rubio is the junior United States Senator from Florida, serving since January 2011. A member of the Republican Party, he previously served as Speaker of the Florida House of Representatives.A Cuban American native of Miami, Florida, Ru... bio is a graduate of the University of Florida and the University of Miami Law School. In the late 1990s, he served as a City Commissioner for West Miami and was elected to the Florida House of Representatives in 2000, representing the 111th House district. He was elected Speaker in November 2006.Rubio announced a run for U.S. Senate in May 2009 after incumbent Republican Mel Martinez resigned. Initially trailing by double-digits against the incumbent Republican Governor Charlie Crist, Rubio eventually surpassed him in polling for the Republican nomination. Rubio won the Republican nomination after Crist opted instead to run with no party affiliation. In a three-way split against Crist and Democratic candidate Kendrick Meek, Rubio won the general election in November 2010 with 48.9 percent of the vote. He is one of three Latinos in the Senate   more
0 votes
0 comments
Marco Rubio - Voter Comments
No Comments
Vote & Comment
9

Christopher James "Chris" Christie is the 55th Governor of New Jersey and a leading member of the Republican Party.Born in Newark, Christie became interested in politics at an early age, and volunteered for the gubernatorial campaign of Republican T... om Kean in 1977. A 1984 graduate of the University of Delaware, he earned a J.D. At Seton Hall University School of Law. Christie joined a Cranford law firm in 1987, where he became a partner in 1993, and continued practicing until 2002. He was elected as a county legislator in Morris County, serving from 1995 to 1998, during which time he generally pushed for lower taxes and lower spending. By 2002, Christie had campaigned for Presidents George H.W. Bush and George W. Bush; the latter appointed him as United States Attorney for New Jersey, a position he held from 2002 to 2008. In that position, he emphasized prosecutions of political corruption, and also obtained convictions for sexual slavery, arms trafficking, racketeering by gangs, as well as other federal crimes.In January 2009, Christie declared his candidacy for Governor of New Jersey   more
0 votes
0 comments
Chris Christie - Voter Comments
No Comments
Vote & Comment
Leave a comment...
(Maximum 900 words)