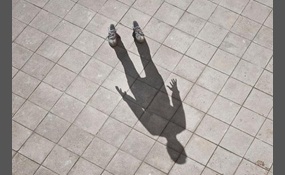 Terracronus says2014-06-16T13:02:10.3043270-05:00
Report Post
I would have clicked on the answer 2 (you) but the question specifies Pokemon and a person is not a Pokemon so i had to choose Gengar who is the only Pokemon available in the answers that can manipulate shadows eg. Shadow ball.
Vote & Comment
4

Your mom is that Pochaemon

1 vote
1 comment
Your mom is that Pochaemon - Voter Comments

XXL is a gay nightclub in London which primarily caters to the bear sub-group. The club was founded by Mark Ames and his then partner David Dindol in 2000. They split as a couple in 2005, and soon after Mark purchased his ex partner's share of the c... lub. It is the largest dedicated "bear" venue in the United Kingdom and the world. It is not just the bear scene's longest-running weekly disco but London's too, having not missed a night in over 13 years   more
0 votes
0 comments
XXL - Voter Comments
No Comments
Vote & Comment
15