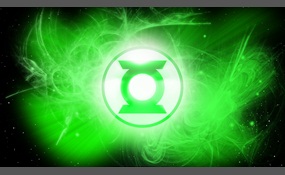 Who's the best Green Lantern?

Hal Jordan is a fictional superhero known as Green Lantern, who appears in comic books published by DC Comics. Hal Jordan was created in 1959 by writer John Broome and artist Gil Kane. He is a science fiction reinvention of a previous DC Comics char... acter who was also called Green Lantern.Hal Jordan is a member of an interstellar law enforcement agency called the Green Lantern Corps. He fights evil across the Universe with a ring that grants him a variety of extraordinary powers   more
2 votes
1 comment
Hal Jordan / Green Lantern - Voter Comments

Guy Gardner is a character, a comic book superhero published by DC Comics. He is a core member of the Green Lantern family of characters, and for a time was also a significant member of the Justice League family of characters.He was created by John ... Broome and Gil Kane in Green Lantern #59, although the character was changed significantly in the 1980s by Steve Englehart and Joe Staton who turned him into a jingoistic parody of an ultra-macho "red-blooded American male." This latter remains the character's archetype to this date.The character was not named after the NASA astronaut Guy Gardner, but after fan Guy H. Lillian III and writer Gardner Fox   more
1 vote
0 comments
Guy Gardner - Voter Comments
No Comments
Vote & Comment
3

Kyle Rayner is a fictional comic book superhero appearing in books published by DC Comics, usually in those starring the Green Lantern Corps, an extraterrestrial police force of which Rayner is a member. Created by writer Ron Marz and artist Darryl ... Banks, Rayner first appeared in Green Lantern vol. 3, #48, as part of the "Emerald Twilight" storyline, in which DC Comics replaced Green Lantern Hal Jordan with Rayner, who was the sole Green Lantern for years until the late 1990s. During this period he was also briefly known as Ion.Following Jordan’s return to Green Lantern status in the 2004–2005 limited series Green Lantern: Rebirth, and the 2005 crossover event "Infinite Crisis", Rayner returned to his alias of Ion. After the events of the "Sinestro Corps War", Rayner returned to his original role as a Green Lantern officer, along with a promotion to Honor Guard Illustres of the Corps. Later on he becomes a White Lantern following the mastery of all seven lantern rings   more
1 vote
0 comments
Kyle Rayner - Voter Comments
No Comments
Vote & Comment
4