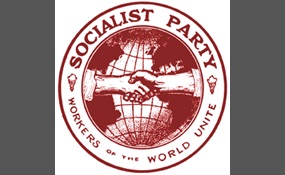 Who's Your Favorite Socialist?

John Gilbert "Jack" Layton, PC was a Canadian social democratic politician and Leader of the Official Opposition. He was leader of the New Democratic Party from 2003 to 2011, and previously sat on Toronto City Council, occasionally holding the title...  of "Acting Mayor" or "Deputy Mayor" of Toronto during his tenure as city councillor. He was the Member of Parliament for Toronto—Danforth from 2004 until his death.Son of a Progressive Conservative cabinet minister, Layton was raised in Hudson, Quebec. He rose to prominence in Toronto municipal politics where he was one of the most prominent left-wing voices on city and Metropolitan Toronto councils, championing many progressive causes. In 1991, he ran for mayor, losing to June Rowlands. Returning to council he rose to become head of the Federation of Canadian Municipalities. In 2003, he was elected leader of the federal NDP on the first ballot of the convention.Under his leadership, support for the NDP increased in each election. The party's popular vote almost doubled in the 2004 election, which gave the NDP the balance of power in Paul Martin's minority government   more
1 vote
0 comments
Jack Layton - Voter Comments
No Comments
Vote & Comment
4

Oreo222 says2015-09-03T04:42:13.2220883Z
Report Post
@Muttl200 Bernie was deemed one of the 20 best mayors. He's currently in the Senate though. He stands for working families. He only accepts donations from trade unions and individuals (the maximum amount per person is I think $150). He's surging in the polls and is beating Hillary Clinton in New Hampshire.

TBR says2015-09-03T15:24:57.8095223Z
Report Post
I think rather than this obvious attempt at slandering, the question conservatives should be asking themselves is - have I been completely misled about what a socialists is.