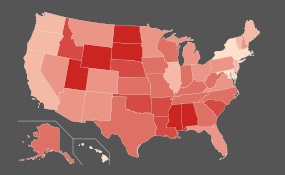 Why are conservatives such hypocrites? (Read description.)

This week we found out about Corporations escaping taxes by going overseas. It is tax evasion pure and simple. But when someone wants to raise food stamps by $20, conservatives hypocritically say people are leeching off the system. It is such BS.

Conservatives are so stupid they do not realize that the wealthy don't give a damn what political party you belong to. The wealthy have only two parties. The rich and the poor. That is it.

4 votes
0 comments
Conservatives are so stupid they do not realize that the wealthy don't give a damn what political party you belong to. The wealthy have only two parties. The rich and the poor. That is it. - Voter Comments
No Comments
Vote & Comment
2

Conservatives are so bitter and they want people to have it as hard as they had it in life.

1 vote
0 comments
Conservatives are so bitter and they want people to have it as hard as they had it in life. - Voter Comments
No Comments
Vote & Comment
Leave a comment...
(Maximum 900 words)

1814Username says2014-08-01T16:51:48.0663360-05:00
Report Post
I find conservatives crazy. The only thing I agree with them about is abortion. I once had a conversation with a conservative and he said that a decade in prison was a just punishment for stealing a thousand dollars. This moron actually thought that hell equaled the crime. But that is how conservatives are --- they want everyone to do what they never experienced themselves. Then they want to hide their lack of mercy but saying God is on their side. Really? Really? God is on the side of people who do not give mercy when his son said that we should always give mercy. That is how crazy they are.

1814Username says2014-08-01T16:55:36.6909368-05:00
Report Post
Conservatives are better? Interesting and how exactly do you measure that? My experience is that conservatives are bitter with life and just want to spread their misery.

Arasa says2014-08-01T17:08:16.3016676-05:00
Report Post
The conservative belief is that "You work for it, you earn it. You earn it, it's yours." So these two things are not conflictory in nature at all. They force the poor to work themselves out of their hole (if you wish to argue that there aren't any jobs, I'll let you in on a secret: Immigrants are coming here illegally for a reason. We have jobs) and they allow the rich to spend their money however they wish. I heard it put as a joke once: Democrats assume that everyone is evil, and so takes the money and gives it to the poor. Republicans assume that everyone is good, and so cross their fingers and hope the rich are philanthropic. Unfortunately, there's a fatal error with both of these...

1814Username says2014-08-01T17:14:08.6937168-05:00
Report Post
I hate to tell you. The economy is much much much worse than the Republicans will tell you. All those jobs that aren't there cannot support families. But hey, those conservatives increased the general price level of good so much in the past five years. A pack of gum tripled in price when there was no impetuous for that price increase. It is the wealthy stealing from the poor. How do you think the wealthy make so much money in the stock market? Someone has to pay for the stock increase? So please don't give me the nonsense of "working" for things.

LogicalLunatic says2014-08-01T18:50:25.1884011-05:00
Report Post
First of all, you are indeed trolling. Or at least, I seriously hope you are. If you weren't trolling, you wouldn't make such a blatantly slanted poll. This does not contribute to rational and civil discussion; in fact, this kind of poll is most likely to provoke people and start a "flame war". If you are doing this because you take some kind of perverted pleasure out of the Conservatives reacting angrily to this poll, then you are a troll. If you actually have such a narrow view of Conservatives, then...I feel sorry for you.

Repukesaretheworst says2017-12-02T01:36:36.8657060Z
Report Post
Repukes are so stupid they don't realize how stupid they are. There's a name for that, and it's called the Dunning-Kruger Effect. It's really pathetic that they think they're superior to anything but a pile of dog shit, let alone liberals.
Privacy Policy | Terms of Use
Sitemap | View Desktop Version
©2020 Debate.org. All rights reserved.