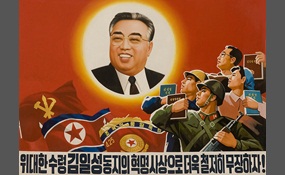 Why should straight marriage be illegal?

This is a useless poll with a biased viewpoint

It provides nothing to society but overpopulation

We should just call straight marriage a "civil union"

The purpose of marriage is to help society but straights just over-populate society. Look at China and India!
2 votes
2 comments
We should just call straight marriage a "civil union" - Voter Comments

We shouldn't change the definition of one single word

Marriage is defined between two people of the same gender, we can't change one single word. The English language obviously never changes.
1 vote
0 comments
We shouldn't change the definition of one single word - Voter Comments
No Comments
Vote & Comment
6

Duh!
0 votes
0 comments
Marriage is defined between a man and a man or a woman and a woman - Voter Comments
No Comments
Vote & Comment
8

It's against my religion

briantheliberal says2015-05-12T15:34:44.6534148-05:00
Report Post
It shouldn't be, just like gay marriage shouldn't be illegal. If consenting adults want to legally recognize and validate their relationship to one another, this shouldn't be anyone else's concern.