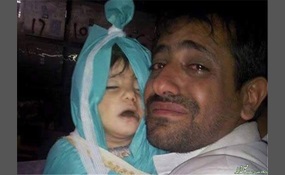 Riyadh warned Turtle Bay it would pull hundreds of millions of dollars from U.N. programs if it was singled out for killing and maiming children in Yemen. Saudi dollars have helped Saudi government even cover its role in 9/11. It has been revealed that at the time that 15 of the 19 hijackers were Saudi citizens

Yes. Money can do any thing. Saudis have reached their goals in many countries using their money

1 vote
0 comments
Yes. Money can do any thing. Saudis have reached their goals in many countries using their money - Voter Comments
No Comments
Vote & Comment
2

No. UN will not lessen any pressure toward them.

0 votes
0 comments
No. UN will not lessen any pressure toward them. - Voter Comments
No Comments
Vote & Comment
Leave a comment...
(Maximum 900 words)

Spectre0406 says2016-06-11T20:21:06.8524741Z
Report Post
Saudi's only major resource is oil, once it is gone, Saudi's government will start crumbling. Money will be the last thing people will worry about. It will break into crisis. Saudi will turn into a war zone like most Middle Eastern Countries right now. Violence will run rampant, and Saudi will no longer be a super power.
Privacy Policy | Terms of Use
Sitemap | View Desktop Version
©2022 Debate.org. All rights reserved.