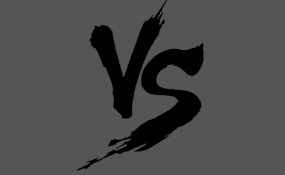 Will there be a Civil War between the Polls/Opinions against the Forum?

Troll Poll, just saw something on the forums so decided to post this

Yes are an English rock band who achieved success with their progressive, art, and symphonic style of rock music. They are distinguished by their use of mystical and cosmic lyrics, live stage sets and lengthy compositions, often with complex instrum... ental and vocal arrangements. The band's current line-up since February 2012 consists of singer Jon Davison, guitarist Steve Howe, bass guitarist Chris Squire, keyboardist Geoff Downes, and drummer Alan White.Squire formed Yes in 1968 with singer Jon Anderson. Squire and guitarist Peter Banks had played together in The Syn and then Mabel Greer's Toyshop. Anderson and later drummer Bill Bruford joined a line-up of Mabel Greer's Toyshop, which evolved into Yes. Keyboardist Tony Kaye completed the first Yes line-up. Their early sets were a mix of original material and cover versions. In the 1970s, Yes reached their creative peak in the progressive genre when most notably Anderson, Squire, Howe, Kaye, Bruford, drummer Alan White, and keyboardists Rick Wakeman and Patrick Moraz were part of the band's line-ups, and produced what many critics consider their finest works: The Yes Album, Fragile, Close to the Edge, Tales from Topographic Oceans, Relayer and Going for the One. The rise of punk rock at the end of the decade led to a decline in creativity and sales; in 1980, Anderson and Wakeman left the band and the album Drama featuring Downes and new vocalist Trevor Horn was released. The band disbanded at the beginning of 1981, with Howe and Downes subsequently creating Asia   more
5 votes
2 comments
Yes - Voter Comments