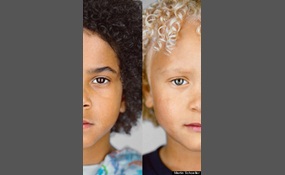 Will there be one race in the future and why?PLEASE EXPLAIN!

I know we are all human but will there be only one race.I would like to never see this because i feel that it would ruin the diversity in life.

Unitomic says2015-04-22T10:27:28.0111294-05:00
Report Post
Unless there is a concerted effort, we will never phase out the individual genes that cause the skin and facial differences associated with Race. There will always be a difference.

WNdebater says2015-04-23T15:52:42.8281047-05:00
Report Post
As long as more than one race is allowed to have a homeland, this can be avoided. I think that, when faced with extinction, many people will begin sticking with their own race to ensure its survival. If any race is destroyed, it will be either through plague or war in the end.

The Yankees Entertainment and Sports Network is an American cable and satellite television regional sports network based in New York City, New York; it broadcasts a variety of sports events, with an emphasis on New York Yankees baseball games, and B... rooklyn Nets basketball games. The channel is primarily owned by 21st Century Fox, with Yankee Global Enterprises owning a 20% interest. In fall 2013, YES began carrying Fox Sports programming that was previously shown on MSG+.YES Network's offices are based at the Chrysler Building in Manhattan. YES programming, including Yankees and Nets pre- and post-game shows are produced in studios that are located in Stamford, Connecticut. YES Network debuted on March 19, 2002. The channel is available locally in New York, New Jersey, Connecticut, and parts of Pennsylvania; it is available nationally on DirecTV and in the sports tier of cable systems, and regionally on AT&T U-verse and Verizon FiOS   more
1 vote
0 comments
Yes - Voter Comments
No Comments
Vote & Comment
Leave a comment...
(Maximum 900 words)