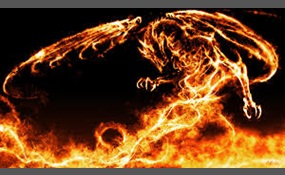 Only people who have played all should comment and vote

Illuminati is a standalone card game made by Steve Jackson Games, inspired by the 1975 book, The Illuminatus! Trilogy, by Robert Anton Wilson and Robert Shea. The game has ominous secret societies competing with each other to control the world throu... gh sinister means, including legal, illegal, and even mystical. It was designed as a "tongue-in-cheek rather than serious" take on conspiracy theories. It contains groups named similarly to real world organizations, such as the Society for Creative Anachronism and the Semiconscious Liberation Army. It can be played by two to eight players. Depending on the number of players, a game can take between one and six hours   more
3 votes
1 comment
Illuminati - Voter Comments

Battlefield 3 is a first-person shooter video game developed by EA Digital Illusions CE and published by Electronic Arts. It is a direct sequel to 2005's Battlefield 2, and the eleventh installment in the Battlefield franchise.The game was released ... in North America on 25 October 2011 and in Europe on 28 October 2011 for Microsoft Windows, PlayStation 3, and Xbox 360. EA Mobile also confirmed a port for the iOS platform. The game sold 5 million copies in its first week of release, and received critical acclaim from most game reviewers. It is the first game in the series that does not support versions of Windows prior to Windows Vista as the game only supports DirectX 10 and 11. The PC version is exclusive to EA's Origin platform, through which PC users also authenticate when connecting to the game. The game's sequel, Battlefield 4, was released on 29 October 2013.In Battlefield 3 '​s campaign, players take on the personas of several military roles: a U.S. Marine, an F-18 weapons system officer, an M1A2 Abrams tank operator, and a Spetsnaz GRU operative   more
2 votes
0 comments
Battlefield 3 - Voter Comments
No Comments
Vote & Comment
3

Call of Duty: Black Ops II is a 2012 first-person shooter video game, developed by Treyarch and published by Activision. Unlike Battlefield 4 it is an arcade shooter game. It was released on November 13, 2012 for Microsoft Windows, PlayStation 3, an... d Xbox 360 and on November 18, 2012 in North America, November 30, 2012 in Europe and Australia for the Wii U. Square Enix released the game for the Japanese market on November 22, 2012 as a subbed version. A Japanese voice-dubbed version was released separately on December 20, 2012. The script for this version was translated by Zenigame Nakamoto.The Japanese release of the Wii U port is only the dubbed version since the console was not available in Japan in November. Black Ops II is the ninth game in the Call of Duty franchise of video games and a sequel to the 2010 game Call of Duty: Black Ops. The game was launched at 16,000 stores worldwide at midnight on November 13, 2012.Black Ops II is the first game in the Call of Duty franchise to feature future warfare technology and the first to present branching storylines driven by player choice as well as selecting weapons before starting story mode missions   more
1 vote
0 comments
Call of Duty: Black Ops II - Voter Comments
No Comments
Vote & Comment
4

Counter-Strike: Global Offensive is an online tactical and first-person shooter developed by Valve Corporation and Hidden Path Entertainment, who also maintained Counter-Strike: Source after its release. It is the fourth game in the main Counter-Str... ike franchise.Counter Strike Global Offensive was released on August 21, 2012, and made available for Microsoft Windows and OS X on Steam, Xbox Live Arcade, and a US-only version on PlayStation Network. The Linux version was released in September 2014. It features classic content, such as revamped versions of classic maps; as well as brand new maps, characters and game modes. Cross-platform multiplayer was planned between Windows, OS X and PSN players, but was ultimately limited to Windows and OS X because of the differences in update-frequency between systems. The PSN version offers three input control methods, which include using either the DualShock 3 controller, PlayStation Move or USB keyboard/mouse   more
1 vote
0 comments
Counter-Strike: Global Offensive - Voter Comments
No Comments
Vote & Comment
5

Fallout 3 is an action role-playing open world video game developed by Bethesda Game Studios, the third major installment in the Fallout series. The game was released in North America, Europe and Australia in October 2008, and in Japan in December 2... 008 for Microsoft Windows, PlayStation 3 and Xbox 360.Fallout 3 takes place in the year 2277, 36 years after the setting of Fallout 2 and 200 years after the nuclear apocalypse that devastated the game's world, in a future where international conflicts between the United States and China culminated in a Sino-American war in 2077, due to the scarcity of petroleum reserves that ran the economies of both countries. The player character is an inhabitant of Vault 101, a survival shelter designed to protect up to 1,000 humans from the nuclear fallout. When the player character's father disappears under mysterious circumstances, the leader of the Vault initiates martial law and sends security forces after the player, who is forced to escape from the Vault and journey into the ruins of Washington, D.C. To track their father down   more
1 vote
0 comments
Fallout 3 - Voter Comments
No Comments
Vote & Comment
6

Call of Duty: Advanced Warfare is a 2014 first-person shooter video game developed by Sledgehammer Games and published by Activision. It was released on November 4, 2014 for Microsoft Windows, PlayStation 3, PlayStation 4, Xbox 360, and Xbox One. Th... e game is the first main entry in the Call of Duty series since 2013's Call of Duty: Ghosts.The single-player story follows Jack Mitchell, a private in the United States Marine Corps. Development began in 2011, soon after the release of Call of Duty: Modern Warfare 3. Sledgehammer engaged veteran actors, such as Troy Baker and Kevin Spacey, to perform in the game's lead roles   more
1 vote
0 comments
Call of Duty: Advanced Warfare - Voter Comments
No Comments
Vote & Comment
8

Team Fortress 2 is a team-based first-person shooter multiplayer video game developed by Valve Corporation. It is a sequel to the original mod Team Fortress and its GoldSrc engine remake. It was first released as part of the video game compilation T... he Orange Box on October 10, 2007 for Windows and the Xbox 360. A PlayStation 3 version then followed on December 11, 2007. The game was later released as a standalone package for Windows on April 8, 2008, for OS X two years later, and for Linux on February 14, 2013. Team Fortress 2 is distributed online through the download retailer Steam, while retail distribution was handled by Electronic Arts. On June 23, 2011, the game became a free-to-play title, supported by microtransactions for unique in-game equipment through Steam. The development of Team Fortress 2 is led by John Cook and Robin Walker, who originally created the Team Fortress modification for Quake in 1996.The game was announced in 1998, and was first powered by Valve's GoldSrc engine, but this changed as it passed through several different design stages   more
0 votes
0 comments
Team Fortress 2 - Voter Comments
No Comments
Vote & Comment
9

Battlefield 4 is a 2013 first-person shooter video game developed by Swedish video game developer EA Digital Illusions CE and published by Electronic Arts. It is a sequel to 2011's Battlefield 3 and was released on October 29, 2013 in North America,...  October 31, 2013 in Australia, November 1, 2013 in Europe and New Zealand and November 7, 2013 in Japan for Microsoft Windows, PlayStation 3, PlayStation 4, Xbox 360 and Xbox One.Battlefield 4 received a positive critical response from reviewers and was a commercial success, praised for its multiplayer mode, gameplay and graphics. In contrast, the game was criticized for its short and shallow single-player campaign mode, and for its numerous bugs and glitches. Electronic Arts took several steps to fix these issues after user reports   more
0 votes
0 comments
Battlefield 4 - Voter Comments
No Comments
Vote & Comment
10

Call of Duty: Ghosts is a 2013 first-person shooter video game developed by Infinity Ward, with assistance from Raven Software, Neversoft and Certain Affinity. Published by Activision, it is the tenth primary installment in the Call of Duty series a... nd the sixth developed by Infinity Ward. The video game was released for Microsoft Windows, PlayStation 3, Xbox 360, and Wii U on November 5, 2013, with Treyarch handling the port for the Wii U. The game was released with the launch of next-generation consoles PlayStation 4 and Xbox One.According to review score aggregator Metacritic, Ghosts received mixed to positive reviews from critics, with most praising its multiplayer gameplay and introduction of the new game mode Extinction, but criticizing it for its single-player campaign, rehashing of familiar concepts and general lack of innovation   more
0 votes
0 comments
Call of Duty: Ghosts - Voter Comments
No Comments
Vote & Comment
11