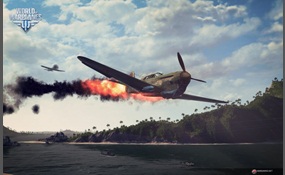 World of Tanks, World of Warplanes, or War Thunder?

World of Tanks is a massively multiplayer online game developed by Belarusian company Wargaming.Net featuring early to mid-20th century era fighting vehicles. It is built upon a freemium business model where the game is free-to-play, but participant... s also have the option of paying a fee for use of "premium" features. The focus is on player vs. Player gameplay with each player controlling an armored vehicle, which may be a tank, tank destroyer, or self-propelled gun. World of Tanks debuted as an eSports game at the World Cyber Games 2012.On 10 June 2013 it was announced that World of Tanks was coming to Xbox Live Arcade on 12 February 2014 as World of Tanks: Xbox 360 Edition. Xbox 360 players will use separate servers to those playing the Windows version and players of each version will have separate accounts. The Xbox 360 version is being developed by Wargaming West studio   more
4 votes
0 comments
World of Tanks - Voter Comments
No Comments
Vote & Comment
2

War Thunder is an online multiplayer combat game developed by Gaijin Entertainment for Microsoft Windows, Mac OS X, and PlayStation 4. It is currently in the open beta testing phase with players able to give feedback on any bugs before initial relea... se of the full game   more
1 vote
0 comments
War Thunder - Voter Comments
No Comments
Vote & Comment
3