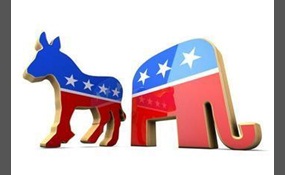 Worst of the current 2016 presidential cantidates?

Hillary Diane Rodham Clinton is a former United States Secretary of State, U.S. Senator, and First Lady of the United States. From 2009 to 2013, she was the 67th Secretary of State, serving under President Barack Obama. She previously represented Ne... w York in the U.S. Senate. Before that, as the wife of President Bill Clinton, she was First Lady from 1993 to 2001. In the 2008 election, Clinton was a leading candidate for the Democratic presidential nomination.A native of Illinois, Hillary Rodham was the first student commencement speaker at Wellesley College in 1969 and earned a J.D. From Yale Law School in 1973. After a brief stint as a Congressional legal counsel, she moved to Arkansas and married Bill Clinton in 1975. Rodham cofounded Arkansas Advocates for Children and Families in 1977. In 1978, she became the first female chair of the Legal Services Corporation, and in 1979, the first female partner at Rose Law Firm. The National Law Journal twice listed her as one of the hundred most influential lawyers in America. As First Lady of Arkansas from 1979 to 1981 and 1983 to 1992 with her husband as Governor, she led a task force that reformed Arkansas's education system   more
14 votes
2 comments
Hillary Rodham Clinton - Voter Comments

Rafael Edward "Ted" Cruz is the junior United States Senator from Texas. Elected in 2012, he is the first Cuban American or Latino to hold the office of US Senator from Texas. Cruz is a member of the Republican Party. He served as Solicitor General ... of Texas from 2003 to May 2008, after being appointed by Texas Attorney General Greg Abbott. Between 1999 and 2003, Cruz served as the director of the Office of Policy Planning at the Federal Trade Commission, an Associate Deputy Attorney General at the United States Department of Justice, and as Domestic Policy Advisor to U.S. President George W. Bush on the 2000 Bush-Cheney campaign. Cruz was also an Adjunct Professor of Law at the University of Texas School of Law in Austin, where he taught U.S. Supreme Court litigation, from 2004 to 2009.Cruz was the Republican nominee for the Senate seat vacated by fellow Republican Kay Bailey Hutchison. On July 31, 2012, he defeated Lieutenant Governor David Dewhurst in the Republican primary runoff, 57–43. Cruz defeated the Democrat, former state Representative Paul Sadler, in the general election held on November 6, 2012; he prevailed with 56–41 over Sadler   more
10 votes
1 comment
Ted Cruz - Voter Comments

Bernard "Bernie" Sanders is an American politician and the junior United States Senator from Vermont. Before serving in the Senate, he represented Vermont's at-large congressional district in the United States House of Representatives and served as ... mayor of Burlington, the largest city in Vermont. Sanders is a self-described democratic socialist, and has praised Scandinavian-style social democracy.Sanders runs for office as an independent but caucuses with the Democratic Party and is counted as a Democrat for purposes of committee assignments. He was the only independent member of the House during most of his service and is the longest-serving independent in U.S. Congressional history.In an interview with The Nation on March 6, 2014, Sanders stated that he is "prepared to run for President of the United States" in 2016   more
4 votes
0 comments
Bernie Sanders - Voter Comments
No Comments
Vote & Comment
4

Carly Fiorina is an American former business executive and was the Republican nominee for the United States Senate from California in 2010. Fiorina served as chief executive officer of Hewlett-Packard from 1999 to 2005 and previously was an executiv... e at AT&T and its equipment and technology spinoff, Lucent.Fiorina was considered one of the most powerful women in business during her tenure at Lucent and Hewlett-Packard. While she was chief executive at HP, the company weathered the collapse of the dot-com bubble, although the stock lost half of its value throughout her tenure. In 2002, the company completed a contentious merger with rival computer company Compaq, which made HP the world's largest personal computer manufacturer. In 2005, Fiorina was forced to resign as chief executive officer and chairman of HP following "differences [with the board of directors] about how to execute HP's strategy."Fiorina served as an advisor to Republican John McCain's 2008 presidential campaign. She was the Republican nominee for the United States Senate from California in 2010, losing to incumbent Democratic Senator Barbara Boxer. She is actively considering running for President in 2016   more
1 vote
0 comments
Carly Fiorina - Voter Comments
No Comments
Vote & Comment
5

Benjamin S. Carson, Sr., M.D. Has been a director of the Company since May 1999. He is the Director of Pediatric Neurosurgery at Johns Hopkins University. Dr. Carson is also a director of Kellogg Company.
1 vote
0 comments
Ben Carson - Voter Comments
No Comments
Vote & Comment
6

Michael Dale "Mike" Huckabee is an American politician who served as the 44th Governor of Arkansas. He was a candidate in the 2008 United States Republican presidential primaries, winning the 2008 Iowa Republican caucuses and finishing second in del... egate count and third in both popular vote and number of states won.Huckabee currently hosts the eponymous Fox News Channel talk show Huckabee. From April 2012 through December 2013, he hosted a daily radio program, The Mike Huckabee Show, on weekday afternoons for Cumulus Media Networks.Huckabee is the author of several best-selling books, an ordained Southern Baptist minister, musician and a public speaker. He is also an ABC Radio political commentator   more
1 vote
1 comment
Mike Huckabee - Voter Comments

Randal Howard "Rand" Paul is an American politician and a former ophthalmologist who serves as the junior United States Senator for Kentucky, in office since 2011. He is a member of the Republican Party and the son of former U.S. Representative and ... presidential candidate Ron Paul of Texas.A graduate of the Duke University School of Medicine, Paul began practicing ophthalmology in Bowling Green, Kentucky in 1993 and established his own clinic in December 2007. He became active in politics and founded Kentucky Taxpayers United in 1994, of which he is still chairman. He first received national attention in 2008 when making political speeches on behalf of his father, who was campaigning for the Republican Party's nomination for president. In 2010, Paul ran for the U.S. Senate seat being vacated by retiring Senator Jim Bunning of Kentucky, defeating Kentucky Secretary of State Trey Grayson in the Republican primary. He subsequently defeated the Democratic nominee, Kentucky Attorney General Jack Conway, in the general election   more
0 votes
0 comments
Rand Paul - Voter Comments
No Comments
Vote & Comment
8

Marco Antonio Rubio is the junior United States Senator from Florida, serving since January 2011. A member of the Republican Party, he previously served as Speaker of the Florida House of Representatives.A Cuban American native of Miami, Florida, Ru... bio is a graduate of the University of Florida and the University of Miami Law School. In the late 1990s, he served as a City Commissioner for West Miami and was elected to the Florida House of Representatives in 2000, representing the 111th House district. He was elected Speaker in November 2006.Rubio announced a run for U.S. Senate in May 2009 after incumbent Republican Mel Martinez resigned. Initially trailing by double-digits against the incumbent Republican Governor Charlie Crist, Rubio eventually surpassed him in polling for the Republican nomination. Rubio won the Republican nomination after Crist opted instead to run with no party affiliation. In a three-way split against Crist and Democratic candidate Kendrick Meek, Rubio won the general election in November 2010 with 48.9 percent of the vote. He is one of three Latinos in the Senate   more
0 votes
0 comments
Marco Rubio - Voter Comments
No Comments
Vote & Comment
Leave a comment...
(Maximum 900 words)

briantheliberal says2015-05-11T22:21:45.8347631-05:00
Report Post
Let's see, we have Ben Carson, a homophobic zealot who knows little to nothing about politics or political issues. Personally I am surprised he even made it this far considering he continues to put his foot in his mouth every other week. But I supposed his nomination is a perfect opportunity for Republicans to peddle the fact that he is both black and a famed neurosurgeon so they can pander to minorities and coerce them into voting against their best interests. Then we have Mike Huckabee, need I say more..? And lastly, Ted Cruz, a moron who denies climate change because apparently he knows more than experts in environmental science, and other fields. He is also adamant about repealing Obamacare and effectively taking health care away from millions of Americans, even though he himself takes advantage of Obamacare after his wife quit her job to help him run for president. This is a hard choice.

greatkitteh says2015-05-12T05:11:21.4834983-05:00
Report Post
Why is donald trump not on here? Regardless, I think hillary is the worst choice, considering all her other goverment positions weren`t exactly a sucess

Mathgeekjoe says2015-05-12T08:42:01.9652559-05:00
Report Post
" so they can pander to minorities and coerce them into voting against their best interests. " Liberal policies seem to hurt minorities more than republican policies. It is kind of weird considering that minorities typically vote democrat.

briantheliberal says2015-05-12T09:04:16.3865206-05:00
Report Post
Keep telling yourself that Mathgeekjoe. Last I checked, the poorest states with the most problems facing both whites and minorities are majority Republican. And despite voting Democrat more often, minorities still face the negative effects of Republican state and federal leadership. This has been proven actually. Republicans are all about protecting the "status quo" which in no way benefits minorities. It places them at a disadvantage. Making higher education less attainable, more expensive, increasing investments in prisons instead of public school education in urban communities, being against affirmative action despite the fact that minorities tend to face racial bias in education and in the job market, working to take away any government assistance they can get leaving their children unfed and uninsured - http://www.slate.com/articles/news_and_politics/politics/2014/05/democrats_are_good_for_minorities_minority_voters_are_making_a_rational.html - And quite honestly, we all know Republicans have a track record of being bigoted towards minorities even since the demographics of the Republican Party began shifting in the late 1960's. There is a reason why the majority of Republican voters of today are mostly white conservatives from the South. Many of them also poor, uneducated, and also voting against their best interest. Unfortunately, when they come to the realization that they themselves are being cheated, the Republicans politicians they blindly follow tell them to blame Democrats for everything. - http://thinkprogress.org/politics/2013/09/09/2587711/republican-whites-party/

benhos says2015-05-12T15:33:21.7453131-05:00
Report Post
First we have Ben Carson, a homophobic crazy who has know political knowledge. Then there's Ted Cruz, a climate change denier who insists that every Christian value must be a law in this country (Constitutional violation) and thinks he is the only worthy one. After going on and on, only non-crazy candidates are Rand and Hillary.