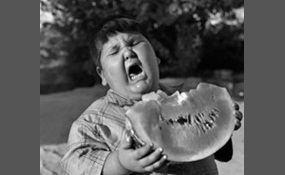 Worst thing someone can do in DDO?

An ad hominem, short for argumentum ad hominem, means responding to arguments by attacking a person's character, rather than to the content of their arguments. When used inappropriately, it is a fallacy in which a claim or argument is dismissed on t... he basis of some irrelevant fact or supposition about the author or the person being criticized. Ad hominem reasoning is not always fallacious, for example, when it relates to the credibility of statements of fact or when used in certain kinds of moral and practical reasoning.Fallacious ad hominem reasoning is normally categorized as an informal fallacy, more precisely as a genetic fallacy, a subcategory of fallacies of irrelevance.Ad hominem arguments are the converse of appeals to authority, and may be used in response to such appeals, for example, by pointing to the feet of clay of the authority being pointed to   more
4 votes
0 comments
Ad hominem - Voter Comments
No Comments
Vote & Comment
2

Use offence as an argument

In Internet slang, a troll is a person who sows discord on the Internet by starting arguments or upsetting people, by posting inflammatory, extraneous, or off-topic messages in an online community with the deliberate intent of provoking readers into...  an emotional response or of otherwise disrupting normal on-topic discussion.This sense of the word troll and its associated verb trolling are associated with Internet discourse, but have been used more widely. Media attention in recent years has equated trolling with online harassment. For example, mass media has used troll to describe "a person who defaces Internet tribute sites with the aim of causing grief to families.   more
1 vote
0 comments
Troll - Voter Comments
No Comments
Vote & Comment
5

Spam is commonly defined as unsolicited bulk and/or commercial messaging (UCE / UBE). This is most widely known for email, but first came to wide attention in a usenet context. Spam has now diverged to cover new and emerging communication technologi... es, including IM and VOIP. Spam was once "for a cause", or unsolicited marketing messages. Now, several scams that existed for years on post, fax and other communication mediums have moved online, and have begun to leverage the wide reach and cheap costs of spam.OECD taskforce report on spam - http://www.oecd-antispam.orgOECD background paper - Spam Problems in Developing Economies : This discusses spam issues in the context of developing economies, but the same issues are relevant around the world. http://www.oecd.org/dataoecd/5/47/34935342.pdfCAUCE (http://www.Cauce.Org) - The world's largest volunteer antispam organizationCAUCE Asia Pacific - http://www.apcauce.or   more
1 vote
1 comment
Spamming - Voter Comments

In policy debate and becoming increasingly common in Lincoln–Douglas debates, generally speaking, a kritik usually challenges a certain mindset, assumption, or discursive element that exists within the advocacy of the opposing team, often from the p... erspective of critical theory.The kritik is derived from the German word Kritik, meaning critique and traditionally pronounced as "critique", and often abbreviated as K. It is often spelled in normal English as critique or is sometimes called a criticism, and takes the adjective form kritikal. A kritik usually incorporates evidence derived from all relevant branches of philosophical literature in which each piece or card of evidence is usually substantiated in analysis   more
0 votes
0 comments
Kritik - Voter Comments
No Comments
Vote & Comment
Leave a comment...
(Maximum 900 words)