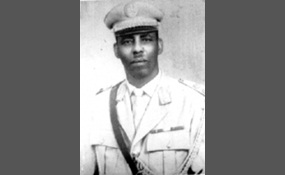 Would Somalia have been better of under Siad Barre?

Yes Colombia is a centrist political party in Colombia. It was founded by Noemí Sanín. At the last legislative elections, 10 March 2002, the party won as one of the many small parties parliamentary representation.
0 votes
0 comments
Yes - Voter Comments
No Comments
Vote & Comment
3

The Royal Governor of Chile ruled over the Spanish colonial administrative district known as the Kingdom of Chile. This district was also called the Captaincy General of Chile, and as a result the Royal Governor also held the title of a Captain Gene... ral. There were 66 such governors or captains during the Spanish conquest and the later periods of Spanish-centered colonialism   more
0 votes
0 comments
No - Voter Comments
No Comments
Vote & Comment
Leave a comment...
(Maximum 900 words)