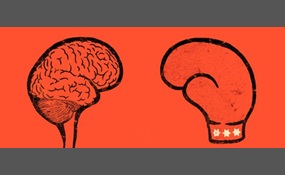 Would you rather be a nerd or a tough guy?

Assuming a nerd is a genius but generally uncool and whimpy, while a tough guy isn't smart but is strong.

Not generally smart, but much stronger and not picked on.
11 votes
1 comment
Tough Guy - Voter Comments

2ninjacat says2015-04-29T05:25:04.4185186-05:00
Report Post
People change throughout school. I used to be quiet and avoid people, now because I work out, I am stronger and are more upcoming. It helps you be confident and lessens the chance of suffering from depression. Tough guys don't have to deal with bullies and can live life the full way. Plus, tough guys can be smart. I am in year 8, I am strong and I am in extension English and Maths, so I must be smart.
Vote & Comment
Leave a comment...
(Maximum 900 words)